Another Mark 5 from the old days. 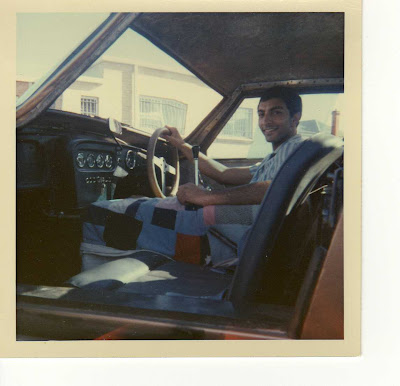 On the day or the day after I posted the email from Keith about Peter in Queensland wondering about his old Mk.5, Beven had a visit from a customer who happened to mention that he once built and drove a Mark 5 as well. His name is Peter Bartolo. This was a bronze coloured car and I was aware of its purchase as a kit in 1966. I was around for its first registration on the 6th of June 1967 and I recall that it had an FB Holden engine bored out to 3&1/4" and from the weighbridge note I can tell you that it weighed 15.5cwt. The following year Peter sold the car and never saw it again and fully expects that it no longer exists. That may not necessarily be the case. On 15/3/1968 the rego was transferred to Dennis Trembath and then to Martin Ward on 24/10/1969. Many years later, Daryl Siggs bought it and put it away for future restoration. Daryl's son showed no interest in it and eventually somebody in Broken Hill bought it. Now we're all wondering what happened to it after that. Anyway, this all prompted Peter to drag out some of his old photos and here's the first 5. I'll post some more later on. 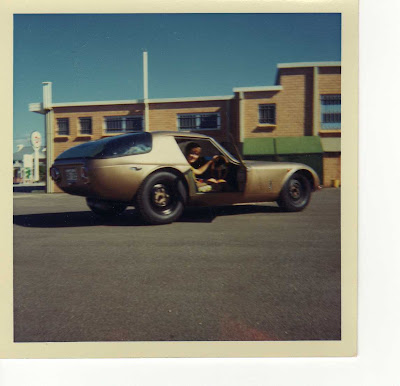 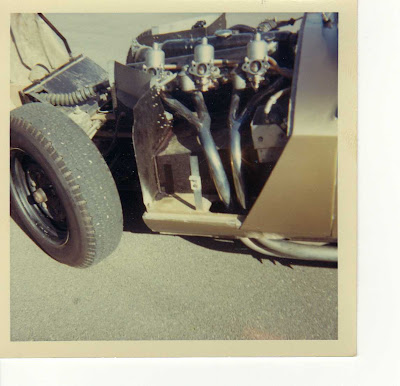 Like my Mark 5 when it first started it had FJ front and rear ends I see, which is as it was intended by the designer I recently read.
Old habits die hard and I believe Peter now has a Kestrel clubman.
By coincidence there was a Peter Bartolo in Victoria who bought the 186 Holden powered Nagari B8/35 and converted it to Ford 302 V8. Not the same PB.
Oh, and talking about Beven, I hear he dusted off his Mk.7 the other day and you couldn't see a thing in the shed for several hours. 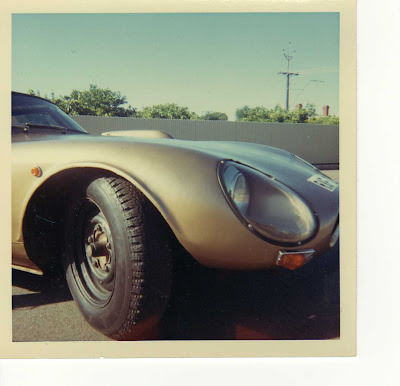 I like the Cortina Mk1 tail lights
& it looks great with a hot Grey, still with the FJ brakes and hubs.

Can anyone tell me what the wheelbase measurement for the Mk5 was?

Thanks, Anon, but I think you misread my question. I didn't ask for a definition but rather the actual measurement i.e. in inches or millimeters. The Mk7 was speced at 88.5 inches and the Nagari at 90 inches and I wondered if the Mk5 was the same as the Mk7.

89" seems to ring a bell but I think I'll go out and measure it shortly. I was in a huddle of 240/260Z owners last Tuesday night and the fact that the 2-seater Z's wheelbase was 90" was talked about because it was the same as a lot of Ferraris and the Bolwells and lots of other sporties. We decided that it must be a tried and true rule of thumb especially as 90" is used in the metric countries as well.

Just had a look at the Mark 5 brochure and guess what, the wheelbase is recorded as 7ft. 6ins.

Thanks very much, John. If I recall correctly, the MGB is one of those other "sporties" at 90".
I remember some years ago looking at the track/wheelbase ratio of a lot of cars and found many reputed good handlers had a ratio of 1:1.6 which is also, curiously, near enough to the "Golden ratio" proportion.

The tape measure says 90' as well.

I asked Daryl today if he had kept a record of who in Broken Hill he had sold the car to (some people do keep such records, you know). Anyway, the answer was no, but here's a strange co-incidence. Daryl, among other things, was dishing out the Av-gas at the 6-hour and someone (he can't remember who) told him he knew the guy in Broken Hill and that the car still exists.