"I bought Doug Seaths Mk7 Bolwell more than a few years ago. I thought I could fit into it, but after modifying the floor and dropping the seat a bit I really need to chop into the centre tunnel and recline the seat back even more.Starting to think its not worth modifying the car to this extent so I can fit into so looking to finish the restoration and then reluctantly sell it." 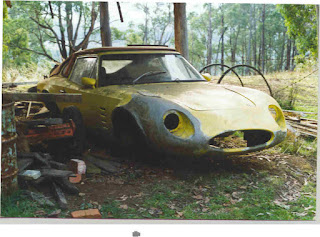 I sort of support the idea of Where-there's-a-will-there's-a-way and it seems to me that it would be awful to restore the car just to sell it although it could be seen as an investment. Lots of tall people find lots of ways to modify their cars to fit into them.
This is Peter Kordic's Mk.7 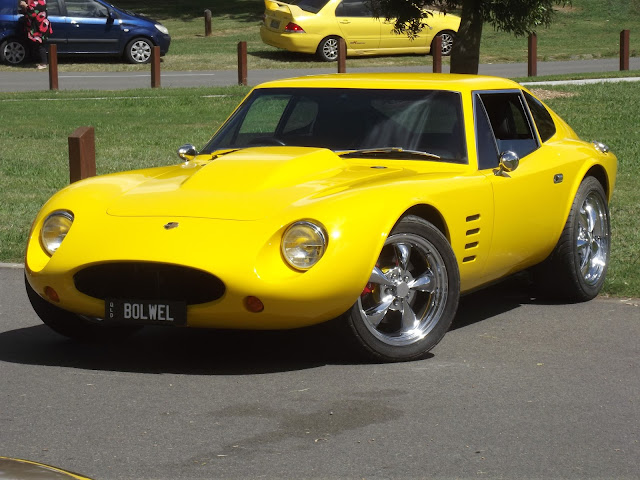 As you can see, the roof has been raised although quite tastefully. This was done by the previous owner, Richard Windham, who is pretty lanky, but this modification suited him at the time.
Here is Norm's effort on his Nagari that is happening at the moment; 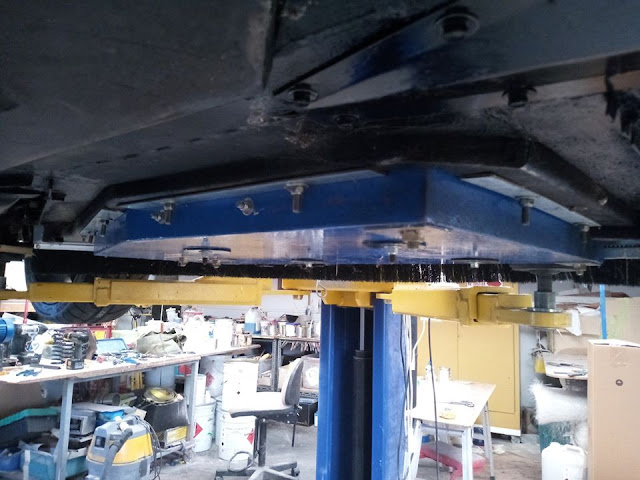 The floor is being lowered by a considerable amount. Norm's not exactly of John Wayne's proportions but he wants to be comfortable in the car with his large helmet on.
Here's original "Dinky" owner, Dave Chandler's way of fitting in that car. 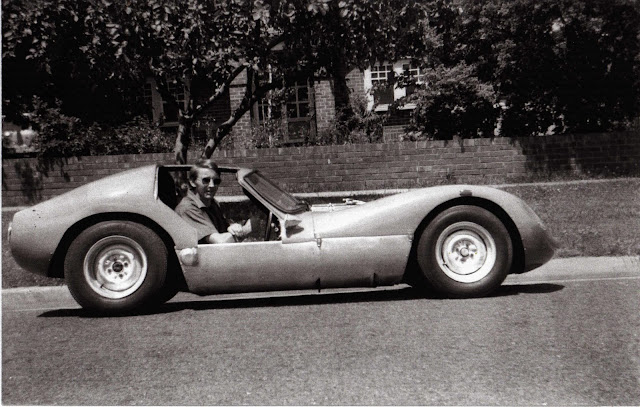 Just take the door off. I wonder if current restorer, Simon, might do the same - he's no dwarf.
Here's another idea. 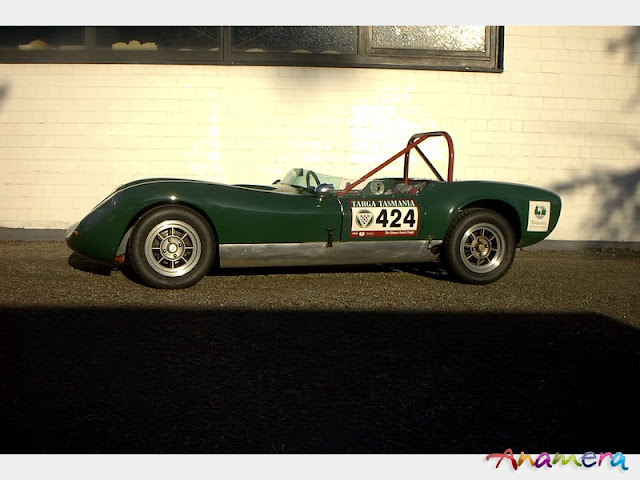