For those who are going to Philip island historics, the Bolwell SR6 will be making its return. First cams log book race was there in 1969. John will be taking it there from Perth after a well sorted restoration. 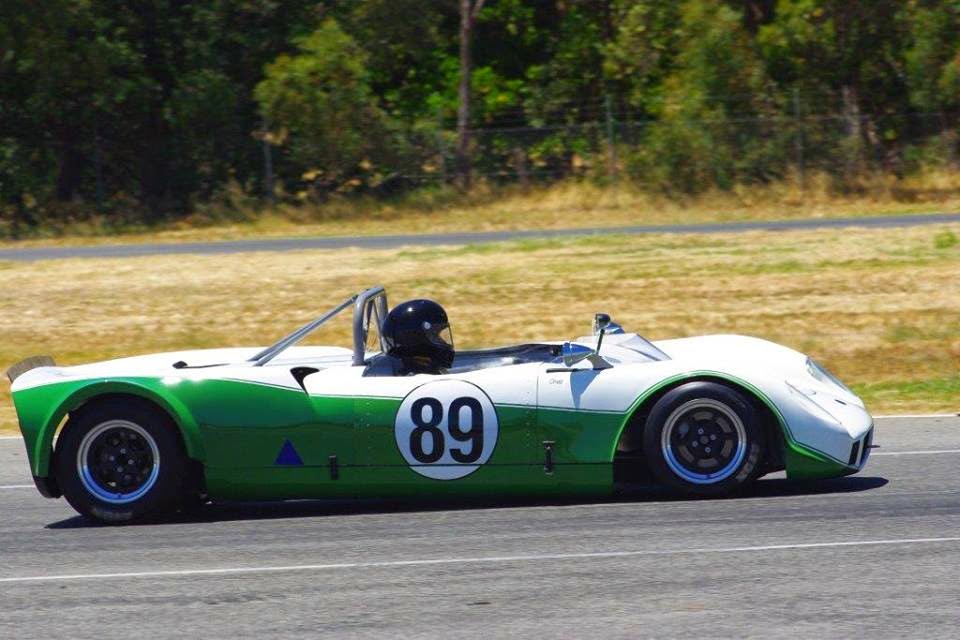 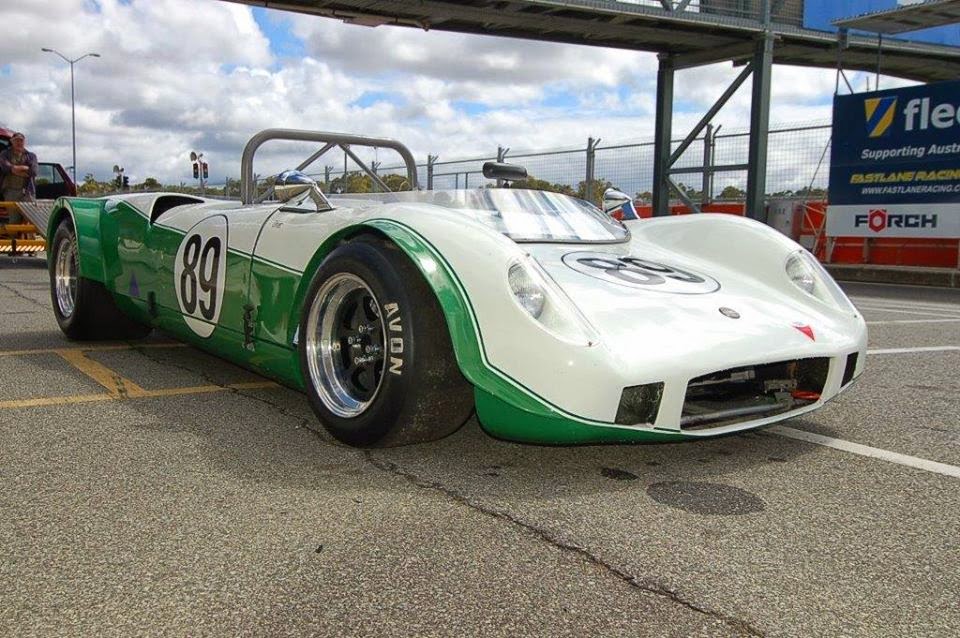 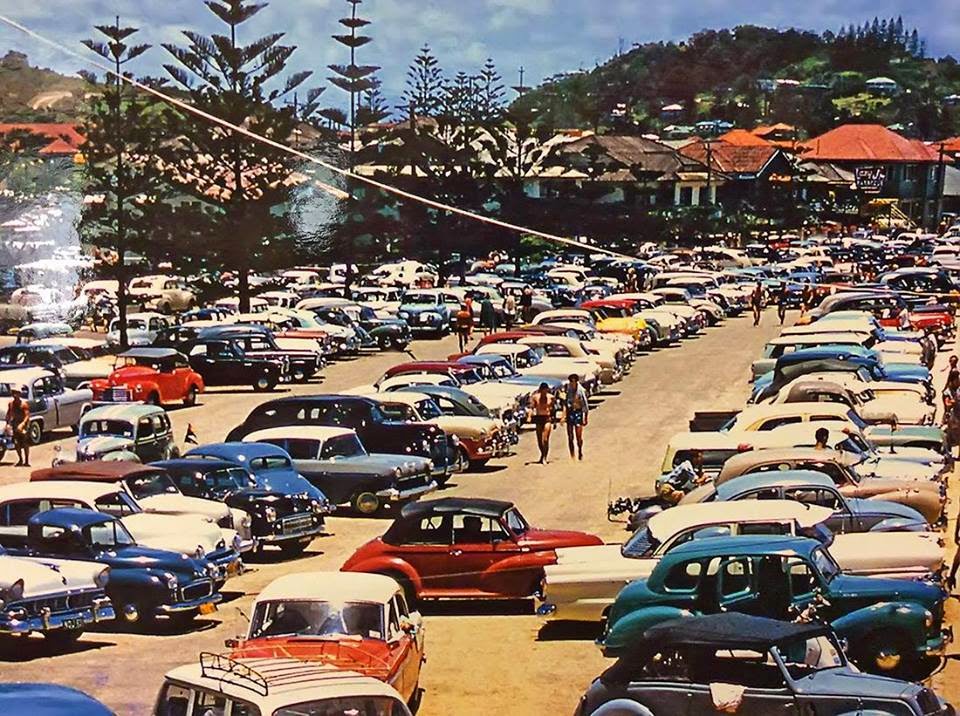 If last Thursday is anything to go by 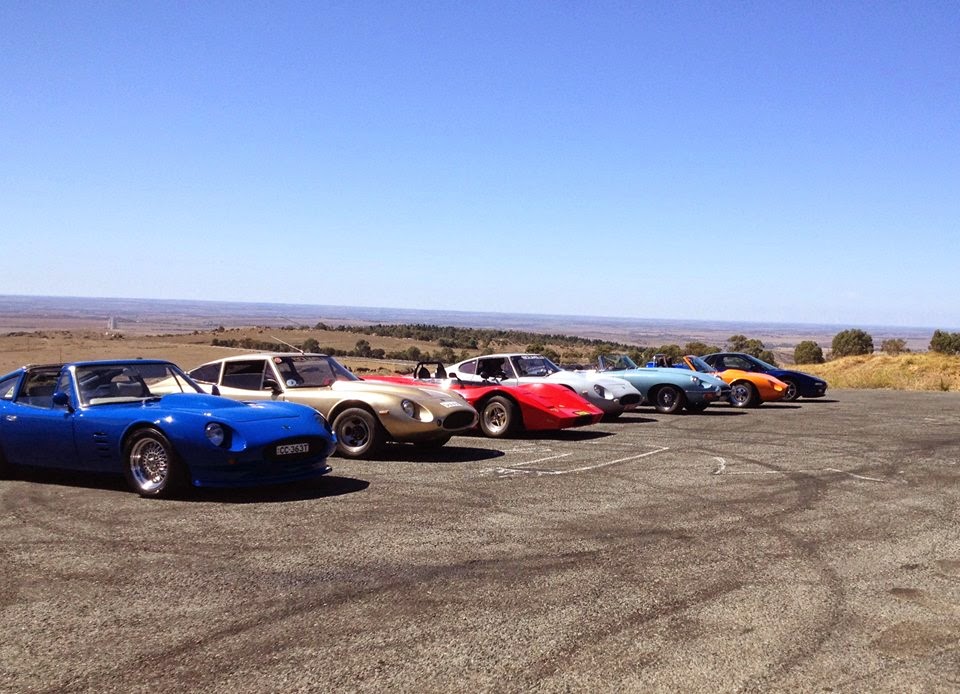 In the main street. Ford A roadster. 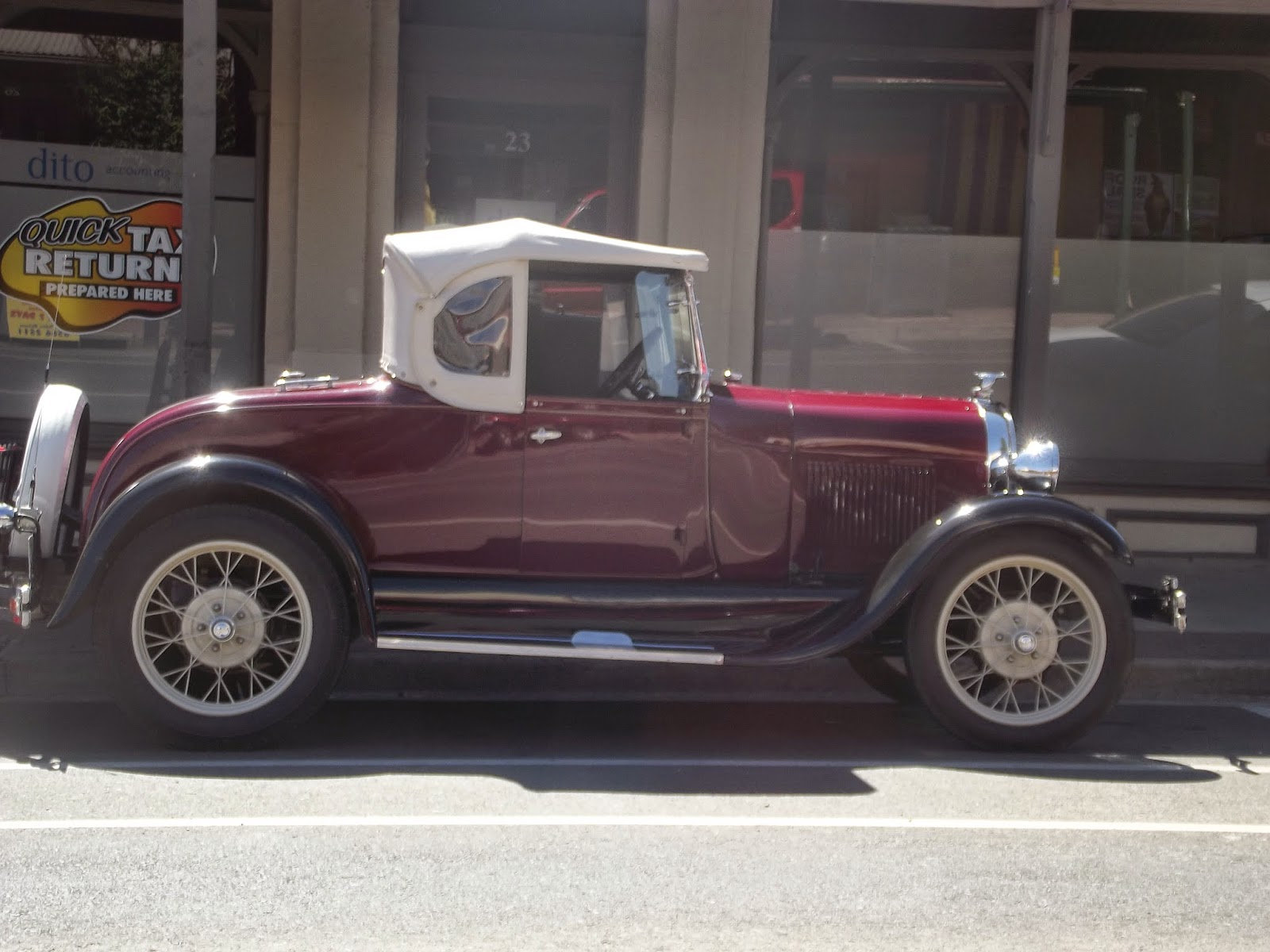 Some fibreglass at the Volksie day. 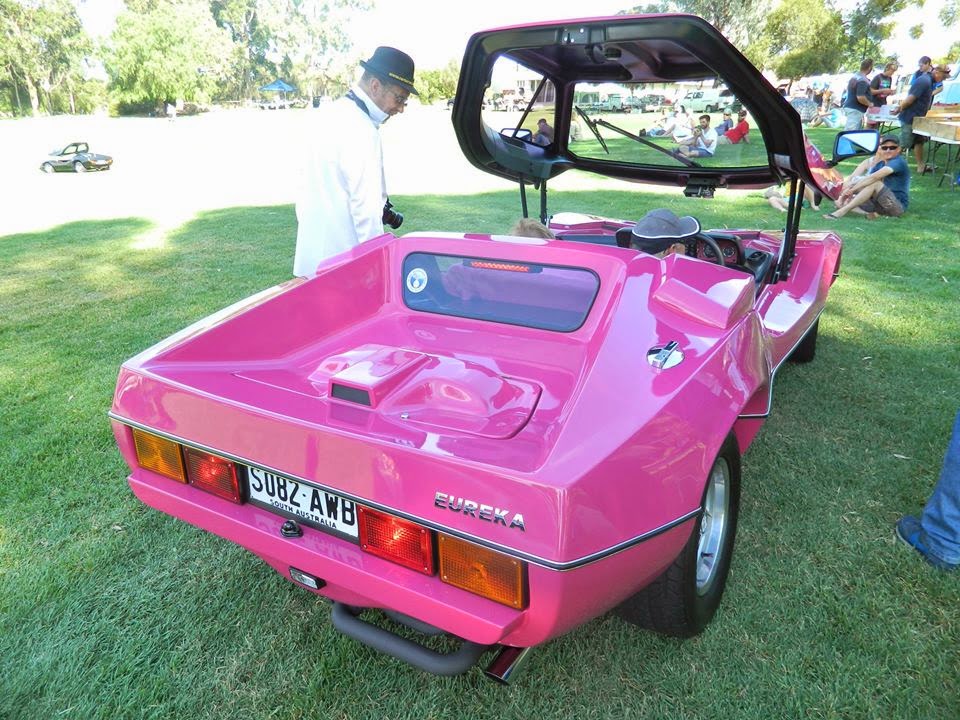 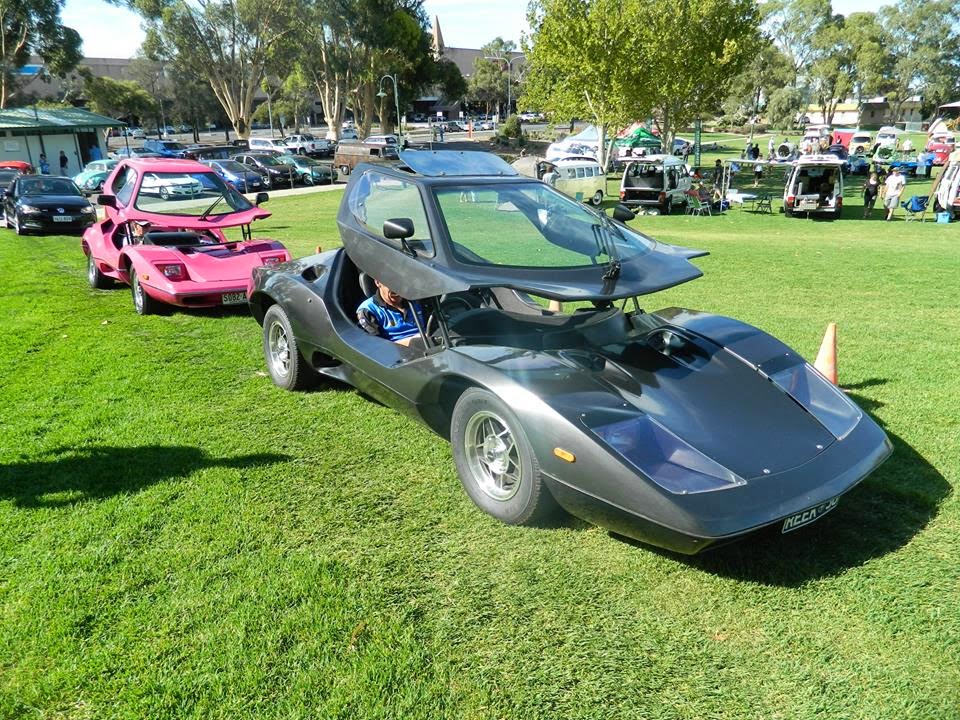 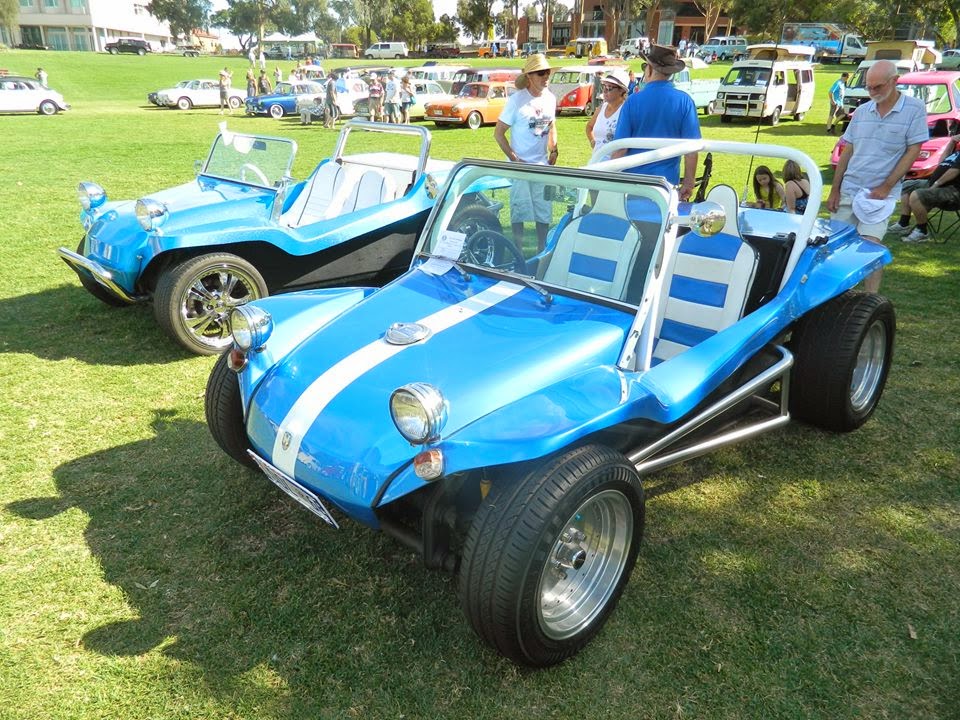 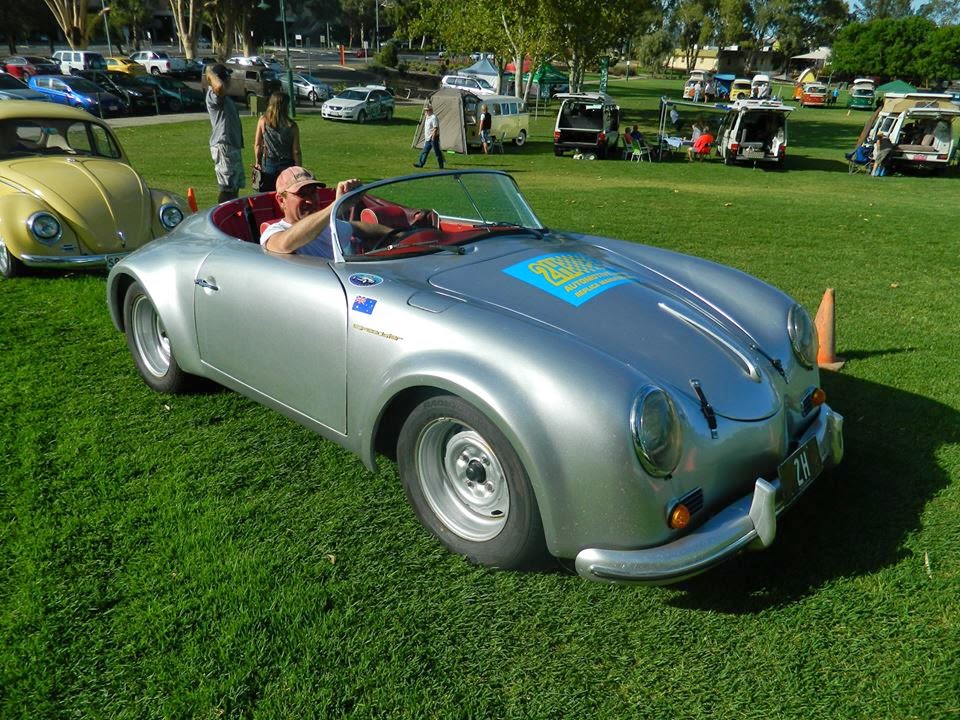 What car springs to mind when you first look at this?

A mystery of two Nagaris.

I'm talking of the 2 cars in Europe and their histories seem intertwined.
A Nagari appeared in England in the 80s and I recall it being for sale in a classic car showroom that reminded me of the old Thomson Motors in Pulteney Street (e.g. three cars wide in the front window and cars disappearing into the depths way down the back). It was reputed to have come from South Africa. That made sense as B8/44 was sold to someone in South Africa and was shipped over there as an advanced kit (e.g. minus engine). At some stage Chris Camp, an ex-pat Aussie and Bolwell enthusiast, owned it. It must have been unbranded and he was allocated the unusual number of B8/44/71 via Bolwell and the Victorian club. I'm not sure if that was applied to the car in any way. You would have thought that a chassis plate would have been supplied to put that number on, just as other ex-racing Nagaris were, sometimes with the letter "R" stamped after the chassis number.
The car was sold to a Dutchman living in Belgium, Leo Kusters and his partner, Ab Flipse. They wanted to race it in Germany (which they subsequently did) and when we supplied build date information to assist in getting through FIA paperwork, that information was based on the car being B8/44. When Leo began with the Nagari it was pale blue. Later it became red, then dark blue and green and is now yellow. 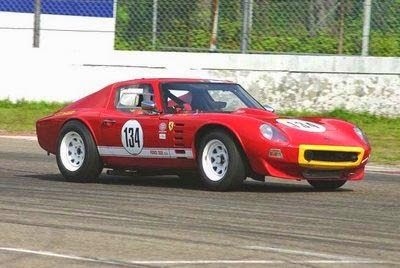 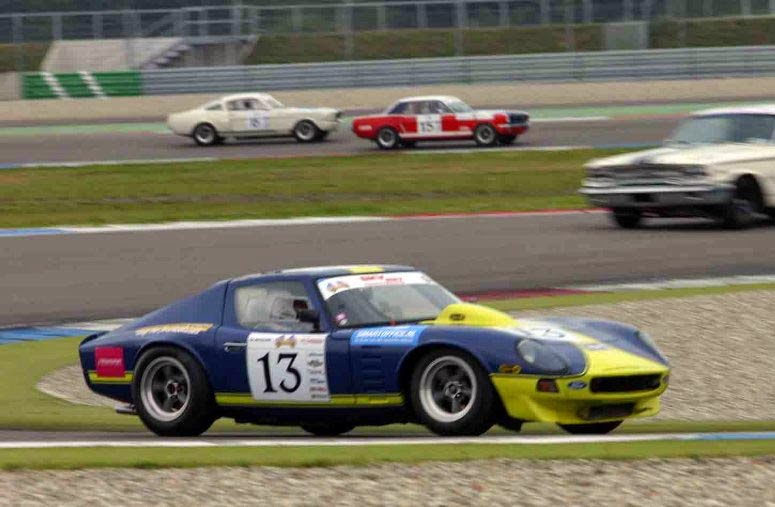 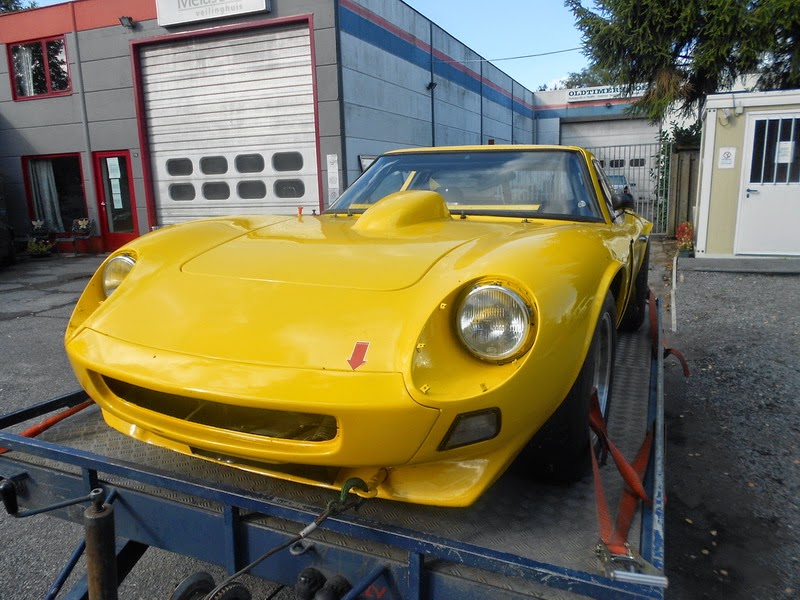 How the chin spoiler came about nobody knows. The FIA papers came to fruition and it was raced in the Belgian Historic Cup (among other events). As you can see from a previous post, the paperwork shows B8/42.
B8/42 is a road car that had a 6 cylinder 186S in it and lived in Victoria. Barry Currie, in WA, bought it in the late 80s and installed a 302 Windsor and c/r top loader and as Barry says, it's sitting in his shed right now. The FIA paperwork lists only 2 previous owners to Leo and Ab, Peter Warren in Australia and John Clince in Spain (the Spanish connection? Read on). No mention of Chris or anyone in South Africa. The Peter Warren racing Nagari that we are most familiar with is B8/46 which Peter sold to Barry Main when he moved on to other categories. Barry raced the car until the Australian Sports Car Championship moved away from ProdSports cars, and the body and chassis went in 2 different directions, thereby creating 2 B8/46s in the eyes of the purchasers of the bits). I have been led to believe that Peter had an earlier Nagari that he first raced. If he was the first owner of that car, his name may appear on the list of Nagari customers and chassis numbers held by Rohan.

Meanwhile........another Nagari turned up in Spain. It belongs to Ramon Lopez, a former Renault dealer in Madrid. Ramon, in his retirement, now uses the Renault workshops as a base for his building and racing of historic cars. Over 30 years ago a man brought the Nagari to Ramon to have some work done on it, That man has never been seen since and it's safe to assume he's not coming back. Anyway, fixed to the car is the original chassis plate bearing the number B8/44. That car is now being restored and has been resprayed bright red. I'm not sure what colour it was before and can't remember  what colour it was when it left Australia for South Africa. As Justin Murphy says, it looks as though 2 cars are sharing bits of each other's histories.

Here's a few more shots of  Leo's yellow Nagari prior to it being sold to Justin. 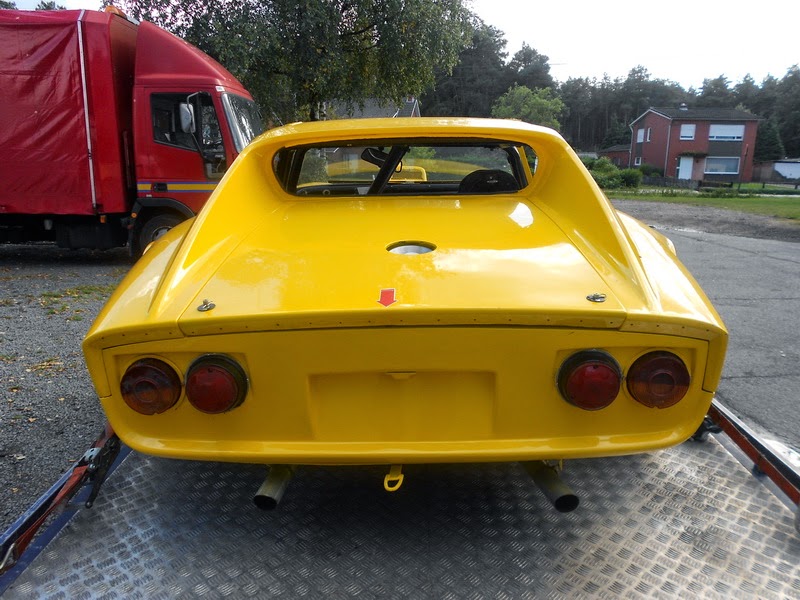 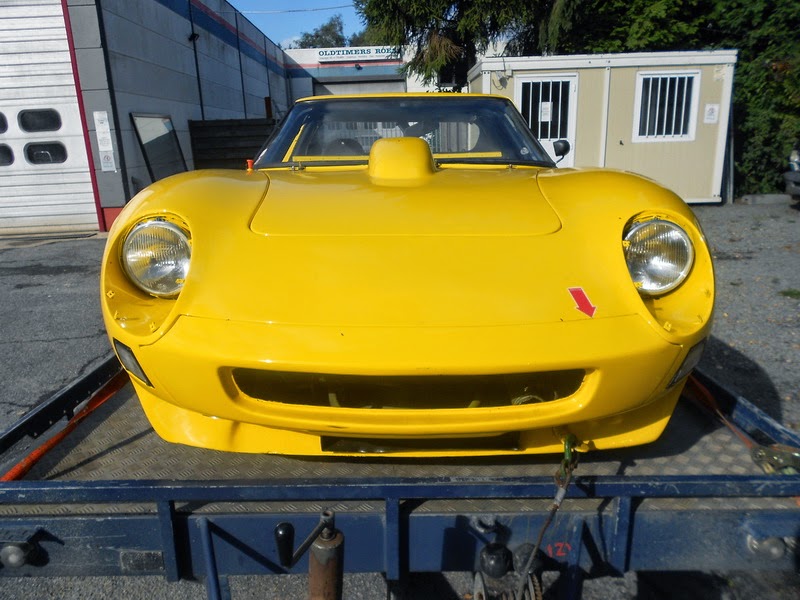 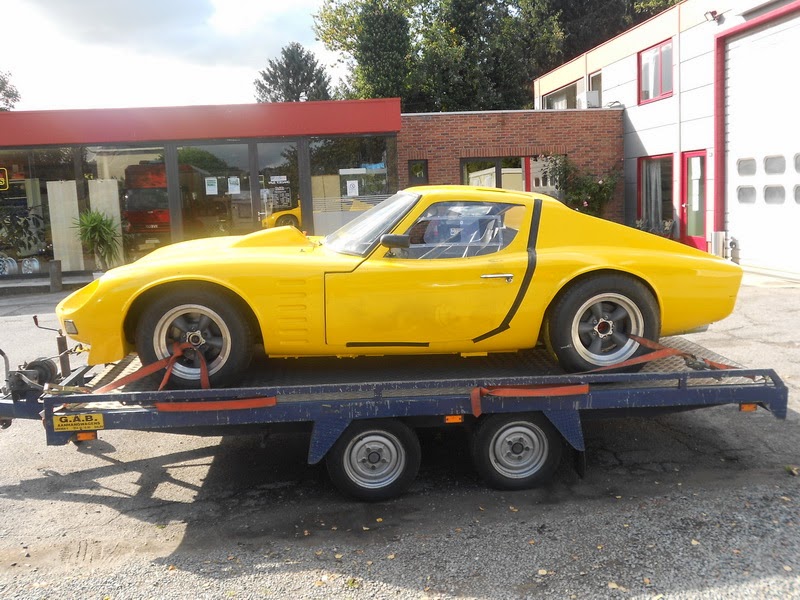 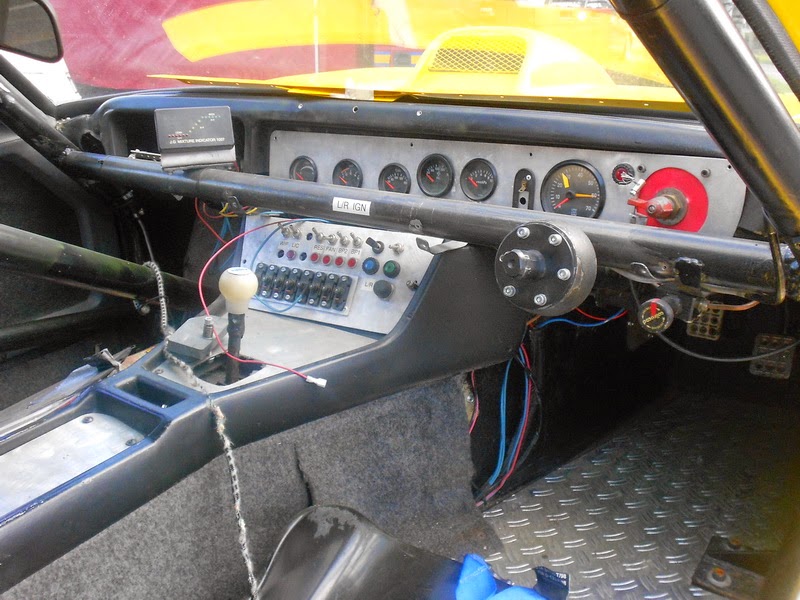 How many tyres and rims can you fit in a P76? 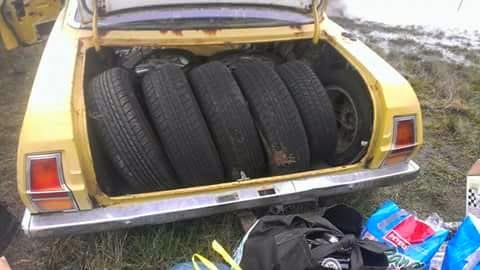