These topics just seem to flow from one thread to another and can go on forever I reckon. From the recent posts involving the Ross Bond Nagari have come at least half a dozen emails enquiring about John Gourlay racing history, no doubt triggered by sightings of his car in race photos and by Gary Allen's query in one of the comments sections. The answer to this question is twofold because there were 2 Gourlay Bolwells and I will deal with them separately. Well, threefold really, because John's first car was Ranald McLurkin's first racing Bolwell. John had two Bolwell racers, Ranald had two, Steve Webb had two. This could all lead into stories about Barry Main's racecar which was the ex-Peter Warren racer and Alan Edwards' open car which was another Ranald McLurkin car. Lots of these racing cars ended up as road cars, like the ex-Trevor Jones coupe, the ex-Alex Tsakmakis coupe, the ex-Allan Hanns coupe, the ex-Bruce Tonkin sports etc etc. Anyway, here's a brief rundown on B8/38 which was John's first sojourn into Bolwells, coming from an Austin-Healey background as so many have done. As Peter Garvin has said, this would be the very first Nagari racecar and I have photos of it at Winton as early as 1972 when Ranald had it and I'm sure some Victorians would have even earlier pictures. In those days I remember it being red and white, blue and magenta and blue with yellow stripes. Anyway, here it is, now in the hands of John looking relatively standard at AIR in 1977. This particular meeting was one where some of the Victorian ProdSports competitors came over to help boost our numbers when we South Aussies were getting ProdSports off the ground. There were 6 Bolwells racing that weekend, 3 from Victoria and 3 from SA. 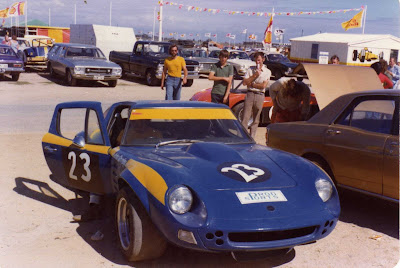 This second photo shows John gridding up alongside Ranald who by this time had moved on to a very potent TVR Griffith V8. 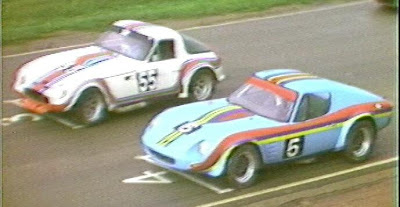 Some years later, John built another Nagari coupe dubbed the SuperBolwell and B8/38 was sold off and relegated to a road car. I recall one concession to its racing heritage being the light alloy front end. The purchaser was Peter Thiry from Wentworth in the South-Western corner of NSW. Peter was no stranger to Bolwells having built a Mark 7 "way back when" and also being the first private owner of coupe number B8/93. B8/93 was the factory demonstration car and was sold directly by Campbell to Peter, Bolwell being a friend of the Thiry family. Among others, subsequent owners were Kym Hentschke and Sue Lewis. Anyway, back to B8/38. On 13th May, 1984 Peter sold it for $5000, presumably to Dr. Steve Bernard (excuse me Steve if I haven't spelt your name correctly, someone might like to pick me up on that one). The following year (1985) Steve brought it along to that year's Easter gathering, see the 2 photos below. 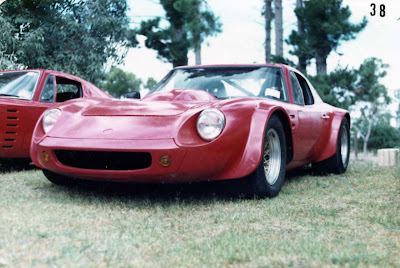 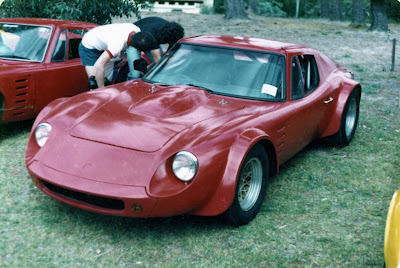 I don't remember when, but it was later bought by Richard Gac from South Australia and here is Richard in the motorkhana at the 1991 Easter event.

Sometime later Richard had a lose at Mallala when something broke and it was stacked fairly badly. For years it languished at his workshop while Richard was busy racing Superkarts. I'm not sure how the repair is going. I haven't seen Richard lately.