Peter Wherrett and the Nagari 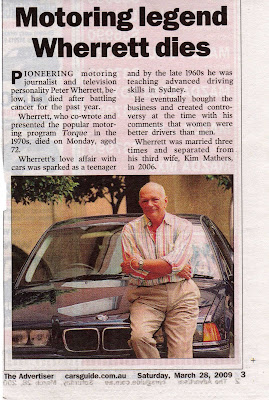 At the time, I intended to post that famous piece of footage of Peter bursting out of the tunnel in B8/59 that was used as the header for the long running Torque programme. While I was messing around with some technicalities which included intellectual properties, the NSW club website beat me to it, so what I'm doing here is drawing your attention to it because (a) it looks great and (b) it brings back good memories. You'll find the NSW site in the links of course.
When I was writing the history of B8/59, which I think was one of the "where is it now?" posts, I mentioned the comments about the car overheating at the time and one of the responses was along the lines of "is it any wonder with that big 'Torque' placard blocking the front opening". Here are a couple of photos from the"Torque" book, one of which shows the said placard. 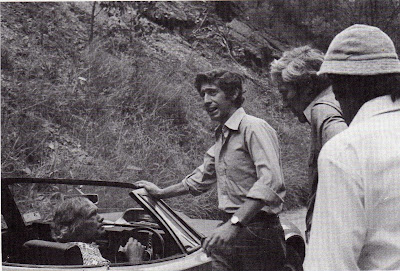 "Above: Naturally, a television program has to have a beginning. Our opening titles tunnel shot was taken near Denman in New South Wales at what was originally intended to be a railway tunnel for the long-abandoned Sandy Hollow railway. David Leonard is trying to get the exit to look right."
"Below: The Bolwell we chose for the opening titles shot continually overheated. We spent some hours longer than we had intended waiting for it (to) cool down again. John Garwood carries the water while Paul Tait holds the bonnet and David Leonard cools himself down." 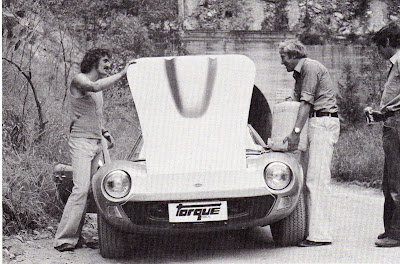