Some other interesting sports cars.

There were some other interesting cars in the Barossa over Easter, not just Bolwells and here's 3 of them.
First of all, here is Ken Stratton talking about his Ragno with Henry. 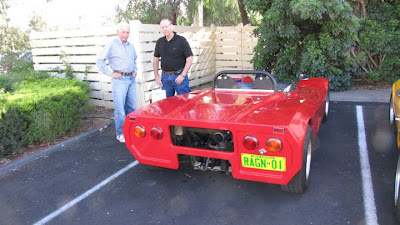 The Ragno is a beautiful little roadgoing 4-cylinder Ford powered sportscar built many moons ago by Adelaide's Nick Davies who was an aircraft frame fitter for Ansett which I think is fairly evident when you look at the chassis frame. Being a good friend of Garry Cooper's in the old days would have had some influence on the style of car too as well as the fact that Nick spent a fair bit of time in Europe and the US with teams in the Jack Brabham days, becoming something of a CanAm fan. I used to wonder about the coincidence of the late Dean Richards' quick little hillclimb special also being called a Ragno. I need wonder no more, Nick built that one too. 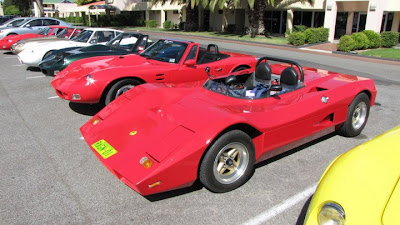 This is Norm Clements' Clemente. Norm instigated the building of 18 of these unique clubman cars and this is his own example. In recent times Norm has been bitten by the motorsport bug and he's going at it with gusto. On May 17th he's entered in a 6-hour team at Mallala and many of us are going out to see if we can lend a hand. I'm looking forward to it. 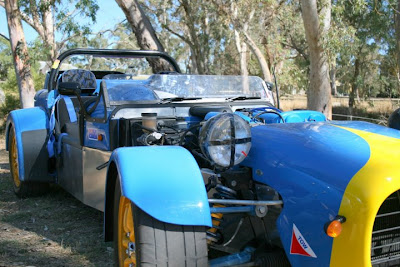 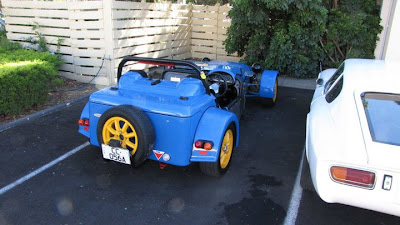 This is the NSX that Scott and Julie have very recently acquired. The Baxendales are a family of four so it makes sense to take two sportscars to these things. They are not the only SA Bolly people with a Honda NSX as Jim White has one too and Tony Cullen is on his second one. I can understand that, I think they're lovely, the cars that is. 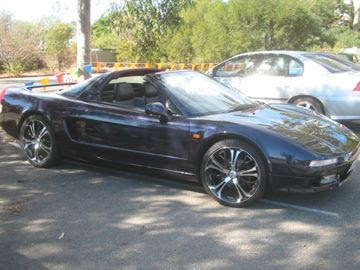 I remember Ken and Henry having much darker hair, it must be a photo of their fathers!