Variations on a Buchanan body - No.1

THE GLADIATOR.
Dick Willis wrote this sometime back. 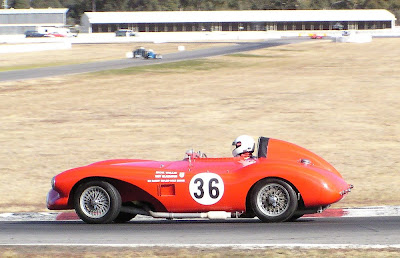 THE GLADIATOR was built by Barry Taylor of Sydney in 1957 using the modified engine and gearbox from an MGTC he had raced at Mt Druitt earlier in the 1950's, a tubular chassis built by Arthur Rizzo using MGTF front and rear axles, suspension and brakes, and a special fibreglass Buchanan body. The Buchanan bodies had used a mould taken from Tom Sulman's Aston Martin DB3S, but the Gladiator differed by having only one door, a large headrest behind the driver, no bonnet scoop, only one hump on the dash, no bootlid, and was fitted with an undertray.
The car took its name and identity from the unit of the Royal Marines of which Barry Taylor was a member in WW2.
The Gladiator's first race meeting was at Bathurst, Easter 1958, also running at the October meeting, but the MG engine proved to be unreliable and was replaced in 1959 by a modified Holden motor, later that year the nose was lengthened in an effort to alleviate front end lift on Bathurst's Con Rod straight. In this form the Gladiator was quite successful, usually being placed in the first six in Bathurst's then popular sports car races.
Late in 1959 well known MG racer, Holt Binnie acquired the Gladiator and proceeded to race it at every opportunity until 1964, mainly at Bathurst and Warwick Farm, in later stages the car was known as the Vandervell Holden in deference to Holt's crankshaft reclaiming business.
In 1973, Don Simpson who lived at Blaxland in the Blue Mountains answered an advert for an old racing car at Concord for sale for $30. It was the Gladiator and it was a mess. Undeterred, Don paid up, took it home and began the lengthy task of restoring it to its former glory. It was virtually completed by January 1977 and had a shakedown run at Amaroo prior to its debut at the Historic race meeting later that month but Don was tragically killed in the Glanville train disaster while travelling to work on Jan 18th, 1977.
His widow, Narelle intended to keep the Gladiator but in 1989 John Tresize of Sydney became its fourth owner. John raced the Gladiator regularly in Historic events until selling it in August 2000, to Dick Willis of Coffs Harbour.
As the Gladiator had by now become somewhat tatty, Dick completely stripped and restored the car, hoping to be able to have the car relive its glory days as raced by Barry Taylor and Holt Binnie.
Its first appearance after restoration was at the HSRCA's Historic meeting at Oran Park GP circuit in April 2001 where it took pole position, and it has since been successfully raced at Wakefield Park, Goulburn and at Queensland Raceway, Ipswich and at the Grafton Hillclimb and Leyburn (Qld) Sprints.
Posted by John L at 12:53 PM

I am the keeper of a 1959 Buchanan Cobra build number 3 of 7 constructed.

The Buchanan Cobra was produced as a turnkey sports by Nat Buchanan of Buchanan Motors in 1958/9. The Cobra was designed to take on the Austin Healey Sprite on its release in 1958. The Cobra however according to legend was thirteen pounds dearer, thirteen pounds heavier and thirteen miles per hour slower. Not a recipe for success,

This Cobra is assumed to be the last remaining complete and going example of the marque. It is the only Buchanan Cobra with a racing history. The Car was originally Log Booked by David Rose of Sydney prior to 1987 after he discovered the car in a paddock in Queanbeyan.
It was being used as a paddock bomb when he found it . He restored the car and log booked it initially in 1987 as an S.A. Production Sports car under 1200cc.

It has been in my hands since 2005 and has competed in Regularity events at Phillip Island, Sandown and Winton short and long track. It has been regularly ran at Hill climbs and sprints at Rob Roy, Morwell, Bryant Park, Mount Tarrengower, Eddington, Myrinong etc.
The Cobra has been developed since I acquired it in 2005 and has recently undergone a repaint, an engine rebuild by Ian Tate which included Forged pistons, fresh modified crank and numerous updates of its internals and is putting out in the vicinity of 100BHP at the flywheel of its Triumph Herald/Spitfire 1200 motor, It also has a Mk. 4 Spitfire synchromesh 4 speed gear box and Standard 10 front and rear ends with drum brakes all around.

Unknown AKA Paul Schilling..
Sold the Cobra several years ago. I am sad to say to a collector of Australian special cars.
It has dissappear4d from sight and now resides in a garage in Toorak somewhere. Probably never to be seen again, 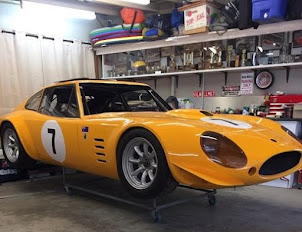 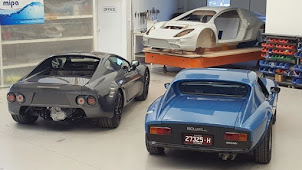 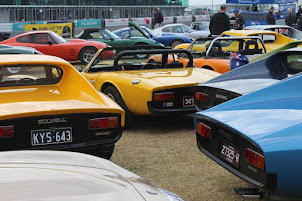 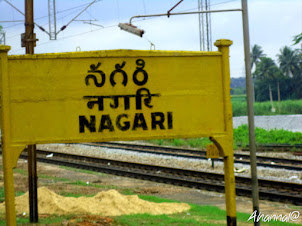 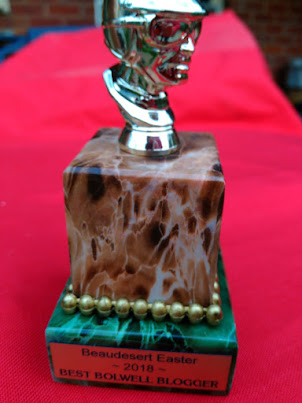 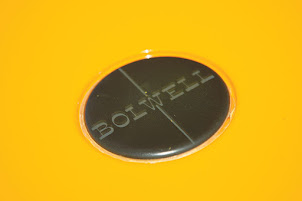 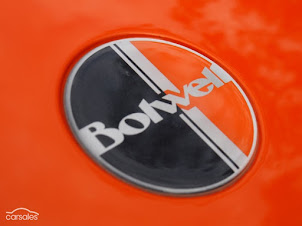 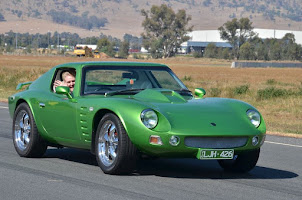 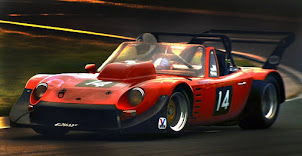 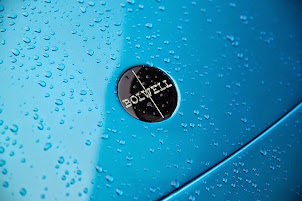