Some nice Holdens in Kapunda.

Last week the Kapunda Chapter of NARCs (Northern Automotive Restorers Club) celebrated their 20th birthday and, as former members, Jane and I were invited along. It was at Chris and Darril's and among other things it was a good chance to see Darril's collection of Holdens. Here are just a few of them. He seems to have restored examples of most of the early ones and is now working his way through the Torana and Commodore range. His everyday driver, apart from the V8 BrUTE, is a gutsy VE GTS. I recall a huge cloud of tyre smoke and lots of noise in Baker Street one morning and thinking when is Darril going to grow up, he's almost my age. But apparently the throttle had jammed open and he catapulted into Dutton Park before he could shut it down. Just as well the gates were open. Anyway, enough of that. Here's a HD and an FJ. The wider wheels on the FJ look good and they're 15s. We used to always get 13s made up if we were fitting widies when we were kids. But the 15s look far better and more authentic, don't you think? 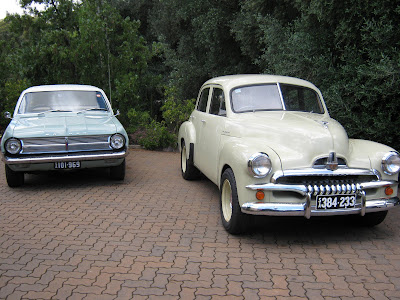 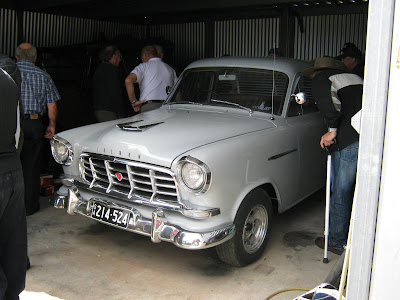 And this EK wagon is original and has only covered 30,000 miles. 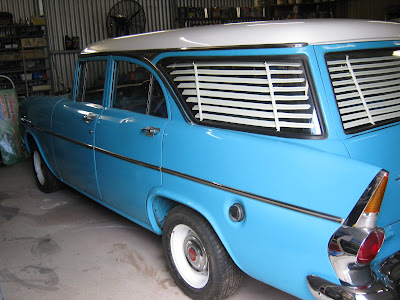 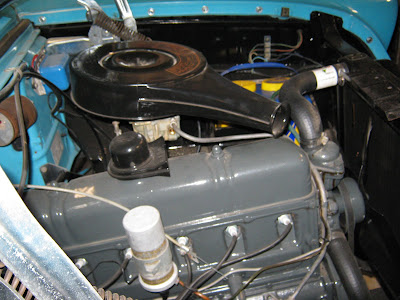 Terry was there too and as a long serving GMH employee was full of interesting stories like how they got the doors to fit and how they got the crappy old red motors to run.
Posted by John L at 6:30 PM

I agree the FJ looks great with the 15's. I had wide 15's on one of my FJ's (rolled pans front and rear AP5 taillights, smoothed boot lid, frenched headlights British Racing Green enamel but getting wider tyres was easier with wide 13's. The smaller rims also worked well with lowered suspension, my custom FJ had huge blocks and cut springs to drop it 3 plus inches. The Ek looks good on the 6 " rims too. I have emailed you a pic of my last pair of Fx/Fj. The FX was ex Appendix J track car converted to road use. The lowering job is obvious when compared to my stock height FJ alongside.

Would be very interested in the story, how they got the "crappy red motor" to run!
Guys, write them down, that's what a blog is good for!