Here's a better look at those wide 15s. 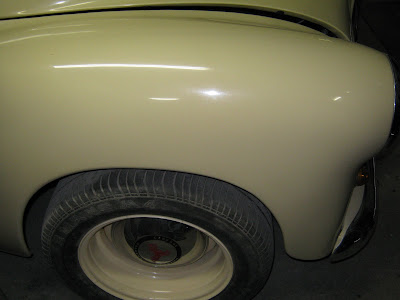 ....and here's what Colin was talking about with the variations in height between the stockie and the Apendix J car. Look where the over-riders are on that one.
Despite the "J" on the door alongside the number in the Eastern States, I don't remember them as Apendix J much. They were always Pre-EH Holdens to me. But then they had to call them something before the EH came along. It's because I'm so young you see. Pre-EH was a class for grey motor Holdens. The EH heralded the red motor. In South Australia, at least, we had fields of mostly humpies but a do recall an FE and an EJ and later an FC came along.
Posted by John L at 2:06 AM