Fibreglass beginnings, at least in UK.

When I was young, a great way to have a cheap sports car was to get an old Ford Prefect/Anglia/Popular, whip the body off, lower the steering column, make a rather Spartan lightweight body frame and clad it in sheet steel or aluminium, depending an what was available behind the shed. Those old sidevalve, 4-cylinder Fords were great for that and certainly were quicker without the burden of a sedan body. People were doing that long before I became old enough to show an interest. In fact these home built specials were the REAL beginnings of the Clubman. The UK was no different to Australia in that regard although here in Australia there were lots of people messing around with V8s and straight 6s as well. Anyway, it was a surprise to me to discover a British built fibreglass bodied sports car built in 1951 called the Martin and nothing to do with Aston Martin. They were messing around with fibreglass in America back then but the Poms were still making a name for themselves with specialist metal bodies. 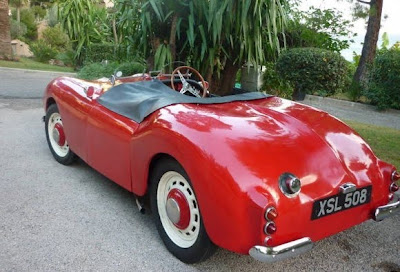 Anyway, just like the above-mentioned home grown specials, this car was made by dropping the body onto a Ford 8 or 10. Despite the strange looking pointy front, the body looks rather smart. It appears everything from the Ford rolling chassis was used, right down to the stock wheels, which, I learned the other day, was the same bolt pattern as the VW Beetle. 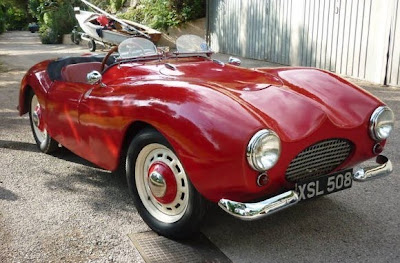 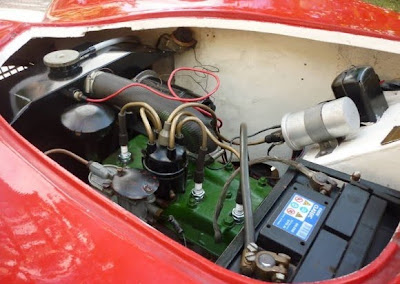 This car is for sale on Ebay at the moment in Monaco of all places. And speaking of Ebay, back here in Australia, I presume everybody has seen the rather unusual Mark 7 currently on Ebay that we featured on this blog some time ago. It was built in Tasmania, has been living in Queensland and is now available to be viewed in Victoria. 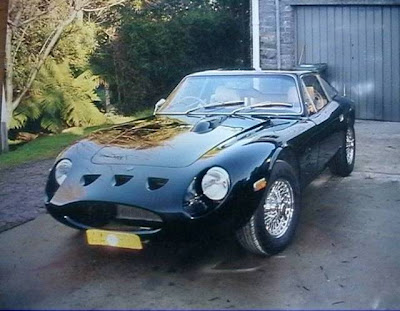 A rare car....but.....I had one of these in Australia [yes I am certain..as I still own over 10 fibreglass cars now so I am versed in such vehicles ]

Mine looks like it was never on the road, the fibreglass was excellent but nothing looked totally finished off...sold to a guy I knew and within months he and/or his mate was racing it...

mine43 alswo had a windscreen frame [quite ugly actually] nand a hardtop if i remember correctly?

Mind you much as i liked it.. in real life it was less pretty than its photos...I had too many cars had to cull

It was a very basic body...not as good as our home grown fibreglass cars [I have a few] but it is believed to be one of the earliest english fibreglass cars. At the time i had mine I had only seen one other in Pratical Classics mag in the What is it column...no internet then, rang him but didnt get any decent response.