Every year we Bolwell people receive an invitation to the long running and prestigious Essen Motor Show but nowhere among the glossy brochures and stickers are the return plane tickets. I shook the envelope this year but still couldn't find them. Well it's been on again this week although a little subdued compared to other years due, apparently, to the "difficult economic times" with one hall entirely unused. Originally it began as a contempory racing car show but over the years attention has gradually moved to aftermarket and tuning accessories. This year, they did, however, lay out a track to demonstrate current racing cars. One prominent display featured Lotus 'racing legends' and included this Lotus 7 which was where this whole clubman thing began. 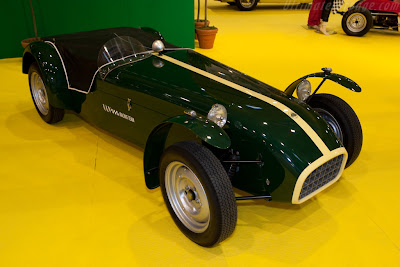 Or was it? Its predecessor was this Lotus 6, an example of which races in Historic events in Australia. 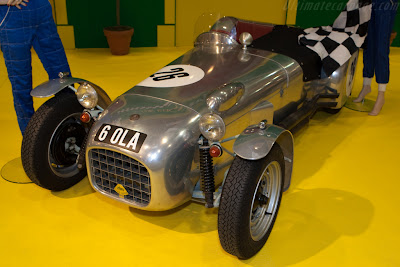 Another display featured this radical Silver Shadow. I've read words like "sacrilege" to describe it. I don't know, there seems to be lots of well used RRs laying around back yards these days. You may as well do something with them. What do you think? My brother-in-law, Gary, spends tens of thousands on his, keeping it original, and at the end of the day, he still only has a $20,000 motor car, not that he'd ever want to sell it. 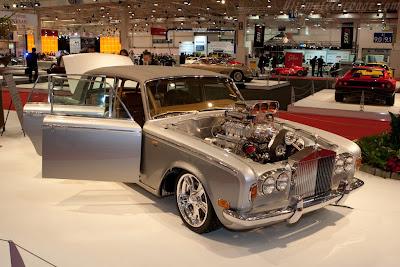 And what about this brand of GT40 replica, the Geiger GT? Couldn't miss it on a dark night. 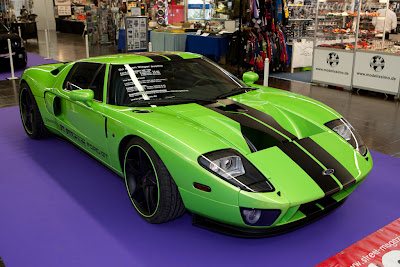 Ah, I always dreamed of arriving at a gig in my late 60's Rolls Royce, whitewall tyres, no hubcaps, slammed 2 inches with a chalky paintjob (preferrably metallic blue), but alas, it never happened. I settled on a '65 Studebaker instead, which was a spectacular ride for several years. Would still love a Rolls though.