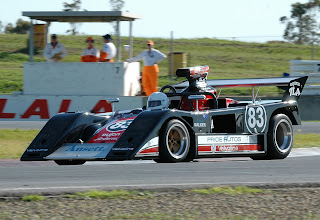 But Alan Newton sort of did something similar, going from this (the SR6 again)..... eventually ending up in this (the Elfin MS7 that Garrie Cooper won the Australian Sports Car Championship in). 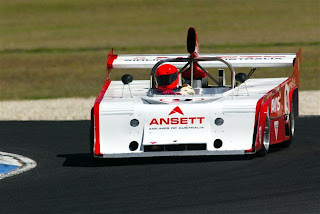 This is a later photo during Bob Tweedie's ownership. I haven't heard that Bob has sold it but it was on the market recently along with Bob's D-Type 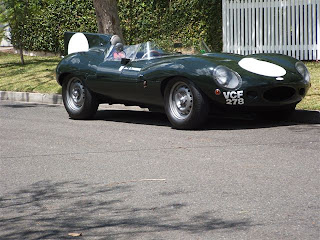 and a few other nice race cars to finance son, Tom's European career as he was more than showing lots of promise in F3 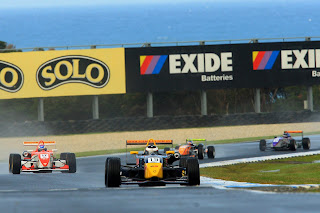 Dads do these things for their sons, take Mike Drewer and the rest of the family for example.
Anyway, Tom 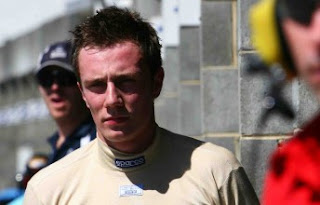 has found that V8 Supercars is the way to go and next year has a ride in the Fujitsu series.
Bob grew up in Adelaide and he and his mate Peter S messed around with sports cars when they were younger. In my days in the VSCC Bob's dad, Keltie Tweedie was also a member of that club and the SCC and brought along a very nice Lancia Lambda to events. 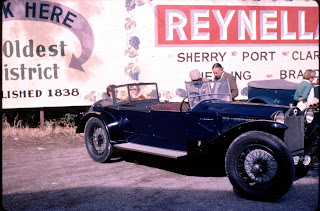 In the 50s and 60s, if 2 couples went on a rally the wives sat in the back but at least these two ladies had their own windscreen.
Posted by John L at 11:55 AM