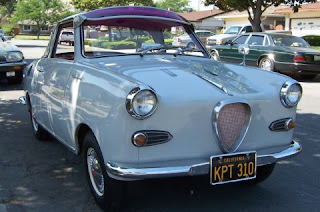 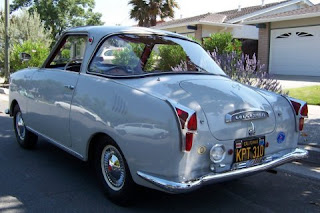 This is a 1966 Goggomobil coupe for sale in California. It's a European version made by the Glas company. We had similar looking Goggo coupes here in Australia but they were different to the Glas ones in some ways. The European Goggo had steel bodies and 250cc 2-cylinder engines. The ones Buckle built under licence had fibreglass bodies and 350cc and 400cc engines. It was a bit expensive to consider bringing steel bodies all the way out here and Bill Buckle had a fair bit of practice building the fibreglass Zephyr powered Buckle sports car. 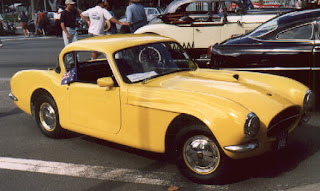 Another European Goggomobil is this steel bodied van. 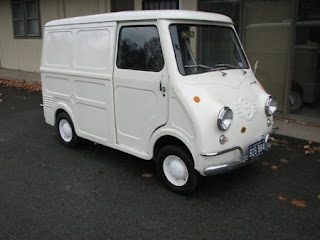 The Transporter. We had vans in Australia too but they were nothing like that. They took their front styling from the Kombi (VW that is) and the roof was a mould taken from the Holden station wagon of the time. 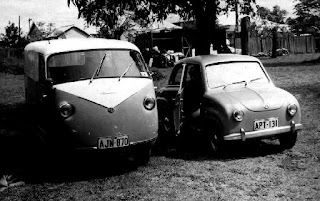 And here's the Dart drag car at the Gawler barbecque. 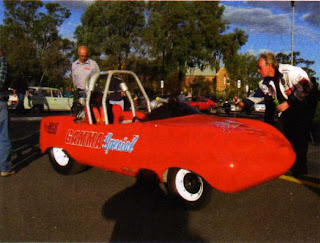 It's been around for a very long time. Here's what Pete Smeets reminded me.


"The GoGo with the Supercharged Veedub ran at Brookesfield  1/8 mile drags in the sixties.  My mate Dave Trengove from Port Lincoln and I were Ken Virgin’s pit crew at aged 12 !!! Ian Trengove got Ken Uniroyal sponsorship....Ken souped up Mrs Trengove’s VW....it did 80mph in 3rd coming home from swimming training one morning at 6.00am."
I do remember it back then but wasn't as up close and personal as Peter. I used to go to cheer on Tony Holbrook in his really quick pre-war MG as he took care of the newish Mark 1 Sprites. 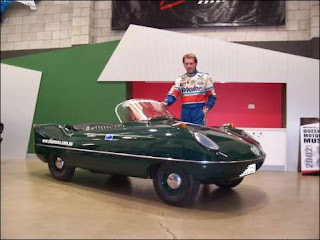 Yes I know I said I had no interest in posting a photo of the Shannons car but Peter Marr reminded me about the fact that that car was the very one that George Kinscher of Dubbo had in his collection at the same time as the Nagari that Darrel Hunt of Wagga now owns and the WW2 Jeep and the humpy Holden etc. etc. Nobody noticed really because most people concentrated on the Bolwell. It wasn't that colour back then.
At around about those times while on the Copper Coast Kernewek Lowender tour we went past a house in Kadina that had a Dart on the front lawn with a For Sale sign on it. It wasn't very much money back then but I wonder how quickly it sold.
Posted by John L at 9:04 PM