This week I heard from Jim Smith. About 30 years ago he designed and built a nice little VW based kit car in Adelaide. Not long after, his circumstances took him back to Scotland, his birthplace, where he set up a composites business and manufactured once again, his own limited edition kit cars, finally moving on to consulting on and manufacturing Formula 1 components and aeroplane parts. In the early 80s Jim became inspired by our black Ikara, B9/001. He really loved the concept to the extent that we set about arranging a licencing arrangement for him to build such a car in Scotland. This came to an abrupt halt when the Ikara jigs and moulds suddenly disappeared to a wharf shed in Athens. So keen was Jim that he went to Greece in a vain search for them. Anyway, moving up to the present, Jim is now working on his own, making exotic audio speakers and art furniture after 25 years in his own much larger business. All this time he has maintained his interest in kit cars owning a number of them including a GTM Libre. Presently his car is an A M Imola, a 2 litre mid engined car powered by the Opel C20XE. Mildly tuned, it is getting 0-60mph in under 5 seconds. Here's a few pictures of Jim's Imola. 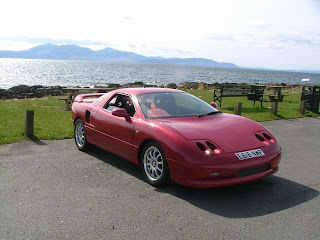 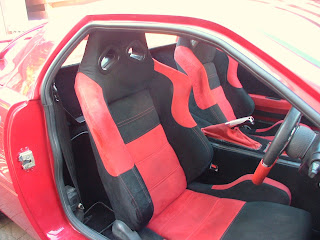 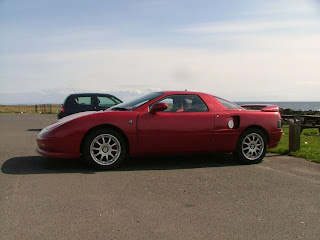 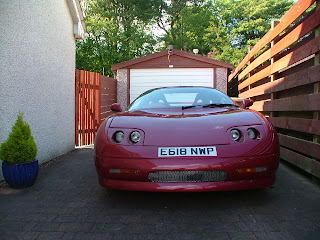