A plug for a very fine car.

You may have seen these images elsewhere on the internet, like Carpoint for example, but I wanted to elaborate a little further on this coupe, B8/49. This is the final product of one of the most thorough restorations I have seen. When I have finished writing this I will dig out a few work-in-progress pictures I have in my Picasa album and post those as well. 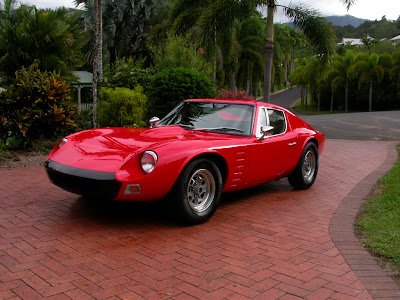 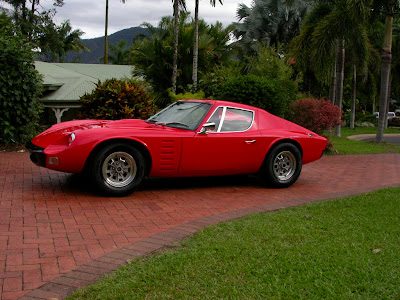 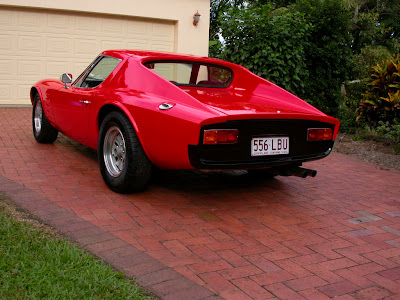 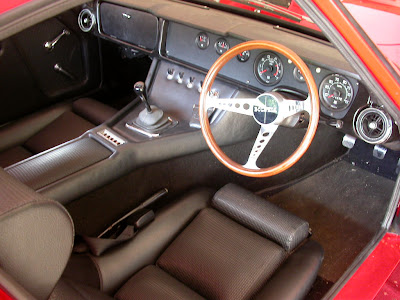 From time to time I have had a bit of a hand in sourcing some of the parts that make it authentic. Steering wheel, steering wheel centre badge, gearshift boot and chrome surround, door handles, window winder mechanism, interior mirror, switches etc. etc.
Peter Jones found the car in Tasmania where it had been stored in a shed since 1984 and had it transferred to Cairns where he was then living. He and his good friend and co-owner, Ron Cheeseman, then set about a meticulous rebuild that involved a complete strip down with everything being restored and replaced bit by bit. The only things missing are the "Bolwell" and "Nagari" badges for the rear panel which somehow got lost in the process. New ones have been ordered and will be fitted when they arrive. It would be fair to say that they have over-spent on this car and would never be able to recoup their outlay. It would also be fair to say that the $72,000 asking price would be very realistic because it is better than new as everything is new or restored anyway. It drives very, very well.
Any interest can be directed to Ron Cheeseman on 0419 655425 or 07-4032 2622 or email him on r.cheeseman@bigpond.com
Posted by John L at 11:15 AM

John Davies wrote today:-
Some comments about the For Sale B8/49 I saw in Cairns yesterday.

I was in Cairns for a Sunday morning meeting to set up a Cairns Chapter of the MG Car Club of Qld. (Nothing like having 35 enthusiastic new members 1,200 miles north of Brisbane).

I had previously spoken to Ron Cheeseman about bringing B8/49 to the meeting (MGCCQ is for enthusiasts as well as MG owners). Ron duly arrived but I did not have enough time to have a very good look over the car, so I went to Ron's house on Monday morning. Ron is very busy chasing a new job but kindly gave up some time so we (my Cairns mate and I) could have a quick look.

B8/49 is without doubt the best condition Nagari I have ever seen. Everything on the car is restored to 1972 original, even the seats. The plastic seat would be really terrific in Cairns !! About the only non-original copy or item I could see was the electric circuit breaker under the dash.