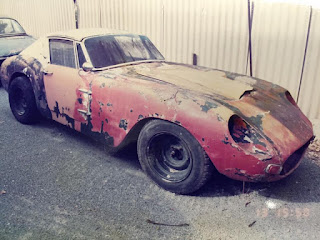 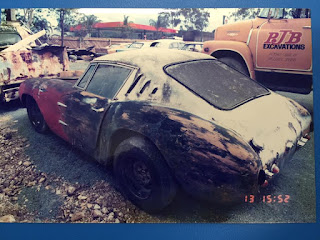 David Straughan took these photos 25 years ago at Will Smith's yard on the Gold Coast. As they were well known hoarders, he checked again recently to see if it was still there only to be told that it had been sold some time ago.
Bill Wedd and Ellis French have been contemplating the possibility of it being this car of Robbie Mills' in Tasmania which for a while sported a Repco head. 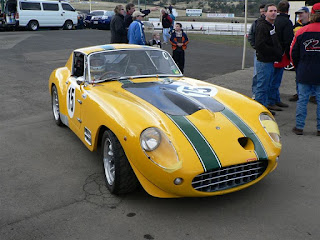 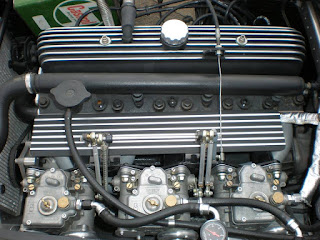 Not that it does now.
Meanwhile, here's a photo of  Daniel Woods racing his Italia at Brands Hatch taken by Gary Hawkins. Justin says he brings it out a couple of times a year but it does suffer a bit from overheating. 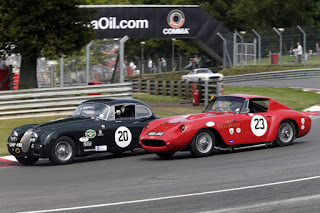 Yes this is the Robbie Mills car, my brother found the car in the Reedy Creek yard,Will Smith told him it was a Buchanan, but my brother knew what was. The car was on a Austin Healey chassis, he unsold it to Robbie.