A couple of posts ago (red Mark 7 convertibles) a comment was made about the car in the bottom of the 2 pictures once being the red coupe of Alan Cox and that the tail lights were from a later model Crown than usual. These are the best photos we could come up with although you can click on them and bring them up to something quite large. In the first photo, Alan's car is fourth from right. 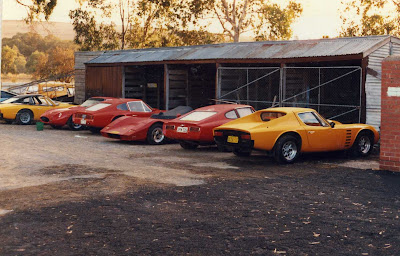 This is a very nice shot of Pete Garvin's Nagari but behind it is the Mark 7 in question. That's Alan himself in the white t-shirt with his back to us proudly showing Kevin and others what's under the bonnet. 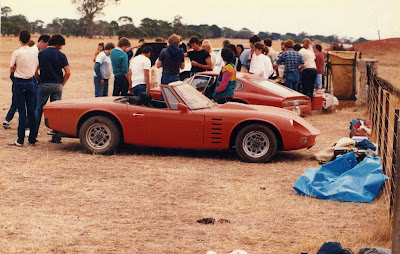 Peter Schmidt's Mark 7 has similar tail light treatment but I can't put my finger on a picture of that one at the moment either.
Posted by John L at 10:28 PM

The WA Mk.7 coupe has XB/XC hardtop tail lights you might notice.