Remember Warwick Brooks? Recently he shared some of his photos with me that he had taken in the pits at Calder at the 1974 six hour. Here's John White with the Mk.6. 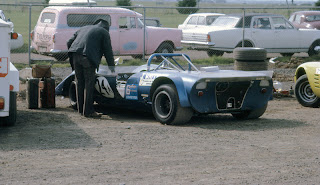 And here's the car sharing a patch of dirt with Doug Seath and Frank Rushton's Mk.7s. 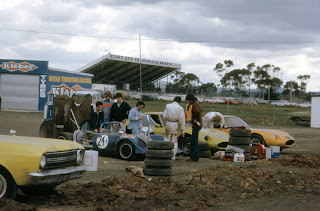 Recognise nay of these bods?
Here's the Seath car about to undergo a diff change. There's Tim Backhouse in his customary army jacket and the FJ on the other side of the fence is Warwick's. 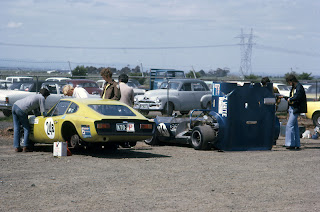 Finally, here's the SR6 about to be scruted. That's Bob Howe's Jag alongside. 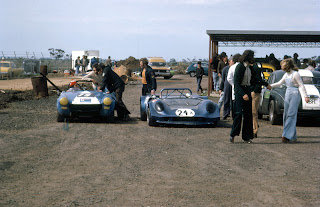 On the car or on Bruce?