I love farm clearing sales. Some of the things you discover are amazing. There was one last week over on the York Peninsula, between Maitland and Ardrossan. Here's some of the stuff........ 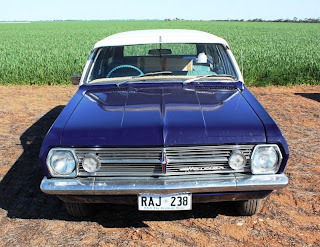 a half reasonable HR wagon. 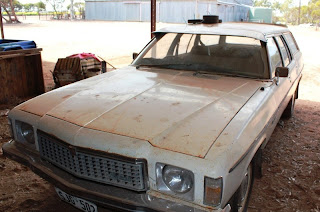 and a fairly straight HZ wagon, 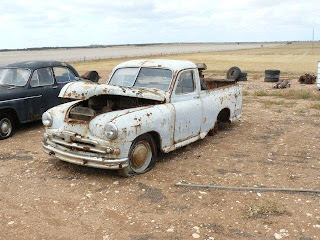 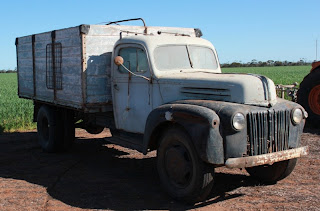 a '46 Ford jailbar truck worth doing up, 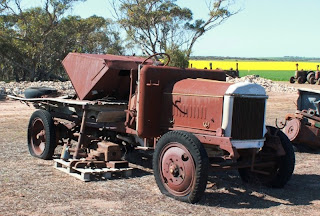 a Dennis truck and lots of spares in need of some work,
..........and now for the tractors 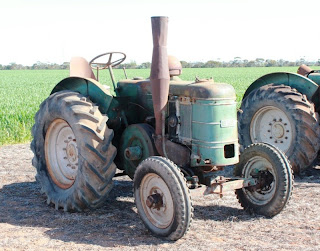 This is a Field Marshall and there must have been a dozen of them. My dad had a pacer called Field Marshall. When his racing career was over he ended up in the milk cart where he could use his real name, Joe. There were quite a number of quality horses in the "Field" family, Field Battery for example. A bit like the "Adios" family and only yesterday I heard Paleface Adios (winner of the Miracle Mile in the 70s) mentioned on the radio in the build-up to the Kapunda trots today. 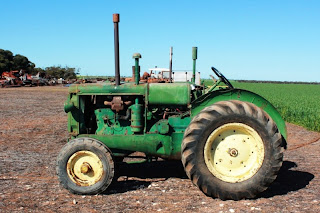 This is an Oliver. I almost bought an Oliver once (it was a bit different to this one, it had a more rounded front on it) when we went over to this pig farm near Hamley Bridge to look at a really cute 1920s caravan. Fortunately we came away without either, although the caravan would have been nice. 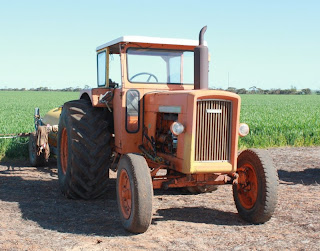 and this, of course, is a Chamberlain. Chamberlains are somewhat legendary around here......and talking about Australian tractors....... 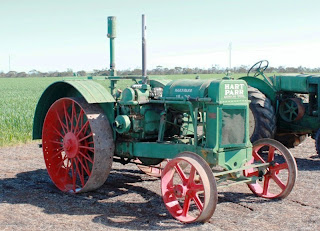 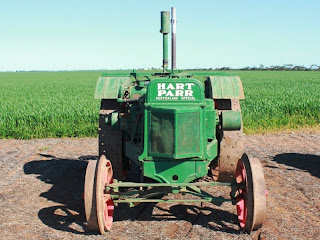 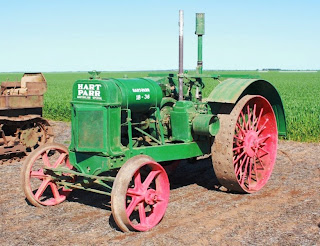 here's a 1924 Hart Parr.
But this is what I was mostly interested in. 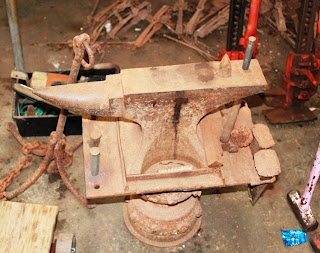 The anvil, not the anchor or the rabbit traps (got enough of those). I'm almost ready to give up getting an anvil, they're so expensive these days.
Posted by John L at 7:04 PM