Climb to the Eagle

Yesterday was the running of the 24th annual Climb to the Eagle. These days it is a tribute to the late John Blanden who started it all, but it is very well supported (I'd say it is still growing). I like it because there is no real limitation to the cars that can enter and you see lots of very interesting and unusual stuff. Among all of the many and varied clubman cars was Peter Smeets' version, which looks like another Lotus Super 7, and then you notice that it's LHD, then you notice that it's a Donkevort, the Dutch equivalent. With a name like Smeets it seems very appropriate. 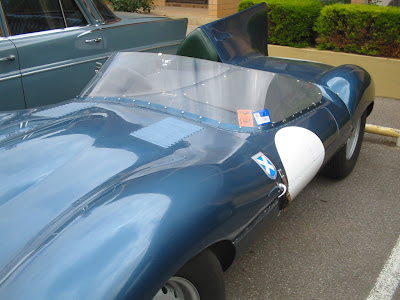 This car, complete with its Ecure Ecosse badgework took my eye for no other reason than the windscreen , which goes along the top of the doors as well started me on mental notes about appropriate screens for Mark 4s. 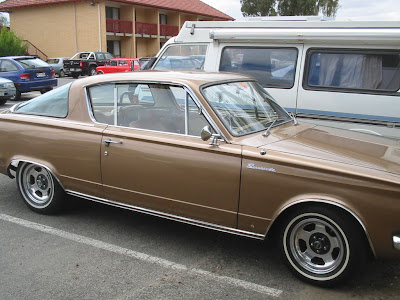 This Plymouth Barracuda really got me going. The reason being that I worked for Chrysler Australia in the AP5/AP6 era and being in the publicity department we had to mess around with all sorts of funny cars, like the Barracuda and a jet car and a Valiant powered Milano called the Valano. It was here that I became aware of Bernie Van Elsen who did the photography for the brochures. Not long after all this, Ken Stratton's dad, Max, took delivery of his very rare Barracuda and became the hero of Daw Park. 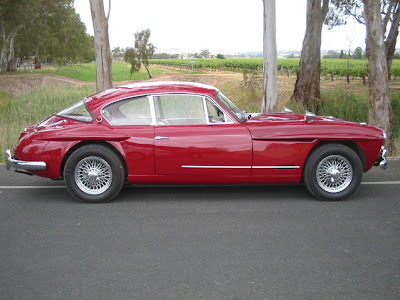 Here's a good old Jensen. That's not the Jensen back window that they say inspired the Mark 5 I must say. I quite like Jensens. Remember I had an Interceptor series 2 which wasn't the best example of them but it was fun at times. I always think of the fibreglass bodied CV8 of Peter Ullrich and how quick the damn thing is in the Classic Adelaide. It was always up at the front of the field or in the trees. 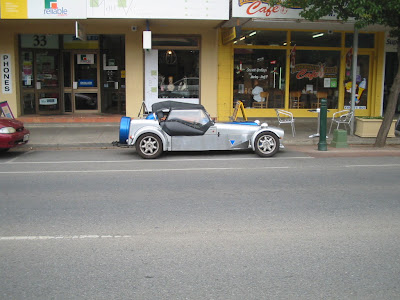 Here's a Clemente clubman. This one is Tony and Beryl's. It wasn't the only Clemente out on the day. Roger and Lynne took theirs on its maiden voyage. 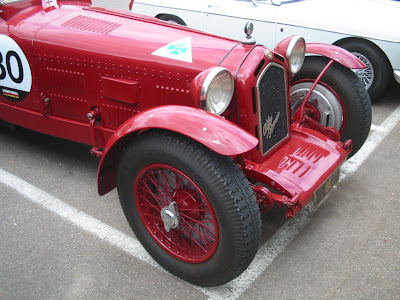 Finally, here's TC's Alfa, out again on another run. Another excuse for a "spirited drive".