This is where it all began, it was raced for some years, mainly in Sydney by motor dealer, Peter Warren, seen here at Oran Park in 1974. There were a few Nagaris racing up that way and names like Webb, Bond, Clearihan, Donnelly and Ullrich come to mind. 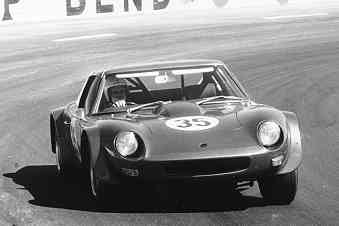 Some years later, when Peter went on to other things, Barry Main purchased the car and it moved South where in Victoria competed with the Nagaris of Gourlay, Edwards and Latham among other interesting sports cars. From time to time, Barry and his friends used to come over to SA to get a bit more racing. Here he is (no.33) on a start grid at AIR. The other cars in the picture are the red Nagari of Bernie Van Elsen, the white Mark 7 of Murray Willmott, John Veale's Austin Healey and Peter Smeets' Sprite. 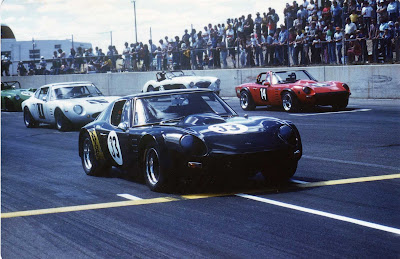 Probably the same meeting, Mike Finnis in the E-type is seen here giving Barry a bit of a hurry-up. Michael was a pretty hard punter, later going on to race the ex-Latham Porsche. 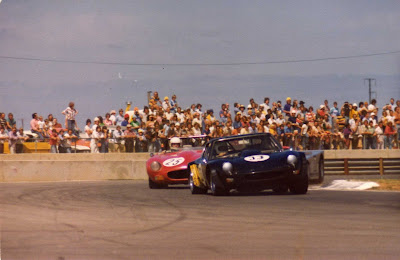 In the pits at AIR. Sharing the same bedroom with B8/46 is B8/26 and the sensationally quick Motorlab Asp of Jim Doig. I included this photo because of the familiar faces of Beven Young, Alwyn Harris (well, the back of his head) and Garry and Rosemary Warren. 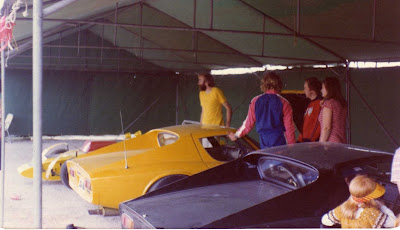 And this is a youthful looking Barry, same pits, different occasion. 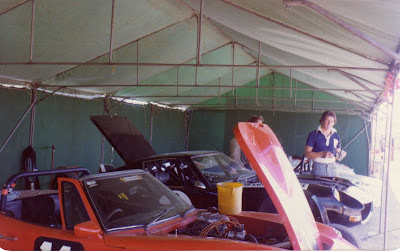 Great photos John, which car did Donnelly race in?
Was Murray Wilmott's Mk7 the same car thar Ron Mac. raced? Looks same or similar.
Does AIR still exist or has it been taken for development?

I can't answer that one. I just recall him briefly in a Bolwell after the E-Type. The Mark 7 was the second one that Murray raced. You may recall his old orange one. Yes it is Ron's old car. AIR is still there, used only occasionally which is a pity. The Jane family don't seem to have their heart in it.