Most who know Bolwells know Tony Opie. Tony passed away a couple of hours ago and I feel really awful. That's fairly selfish of me I guess. How must his family and really close friends be feeling? I've given up getting angry about people with everything to live for going before their time but it does get hard to take. Tony himself has been saying you just play the cards you are dealt. Well, that's true, but gee, a devoted wife, the loveliest little ten-year-old daughter, a Nagari to build........... I know what Tony reckons we all have to do, go down to the Tonsley and have a beer and a laugh about all the fun times way back when. As you all know Tony had that ever changing Mark 7 called The Beast which, in its most memorable form was a roadster with a big Chev in it. A couple of years ago it was completely destroyed along with his Mark 5 in a bushfire that went through their property at Kangarilla. Lots of people will recall this little episode on the edge of the Murray at Renmark, 22 years ago. 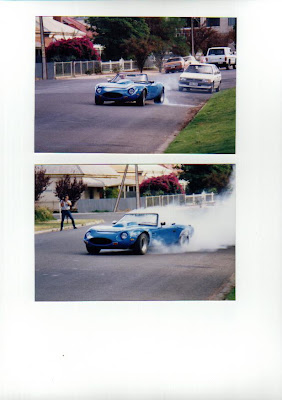 Very sad to hear, my condolences to his family and friends. Having last seen Tony at the New Nagari launch, he didn't appeare to have changed much, a warm hand shake and a friendly smile, a true character sadly missed.
PeterG

Our condolences to his family.
No more pain.

My condolences, too, to Tony's family and friends

After hearing of the very sad news of Tony's passing, I was wondering if anyone has a current contact number or address for Susie (nee Walters)