Here is Ron Westren's ever reliable bronze example attracting a local furry creature early in the morning. I think I'll alter that statement. It's not necessarily the car that is reliable, it's more likely to be Ron. The car arrives at every gathering of Bolwells that's going, but often not without effort. I remember once we were going up to Jamestown or somewhere for the weekend and in the middle of the night a rocker arm broke. Not many people have spare rockers in the back of the car but Ron did. On his own, on the side of the road and in the dark and the cold, the changeover took place and the car and driver arrived at our destination after we had gone to bed. On other occasions, things (major things) have broken and he's gone home, replaced the item and turned up late with the car fixed. Many of us would say "bugger it" and get the other car out. 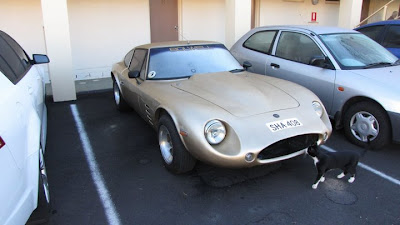 The next two photos are of Peter Mac's Mark 7. The car is not far from home in these pictures as Peter lives in Birdwood. You will recognise this car as it is last year's calendar car. 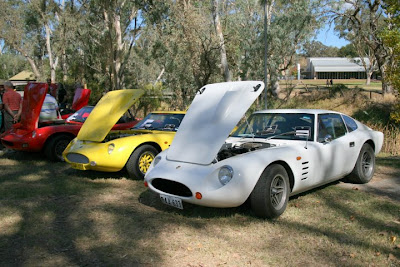 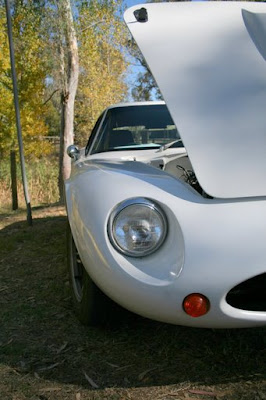 The final two photographs are of Lynne and Roger Trethewey's familiar convertible. From time to time this car holidays at the Birdwood Museum. When you have something of a collection of nice cars, you can't drive them all at once. 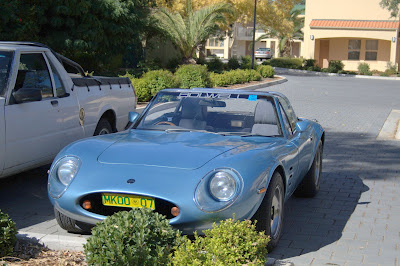 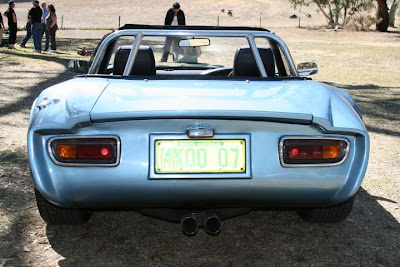 Good to see RAA 633 looking so immaculate. A credit to Peter M considering what he started with. Also the blue Mk 7 softtop looks good and certainly changed from its days as a maroon coupe. Both cars a credit to their respective owners. Given Ron's propensity to turn up at early events in Jags perhaps the Bollie is more reliable.