A celebration of earlier model Bolwells

With all due respects to the many striking Mark 7s and Nagaris that appeared at the recent Easter gathering (and more about them in subsequent posts), a highlight for me was the presence of the Mark 4 and Mark 5 models. It took me back to the very early Easters over 30 years ago when the Jones' Mk.4 coupe, Dinky, and the then dark green Mk.5 of the DiPalmas were regular attenders, not to mention Colin McAskill's orange Mk.5 being the only Bolwell present at the very first Easter gathering at Mt. Gambier in 1973 and the subsequent appearances of the Lewis Mk.4s and Paul Smith's rotary powered example (did I see him ever so briefly at Birdwood?). 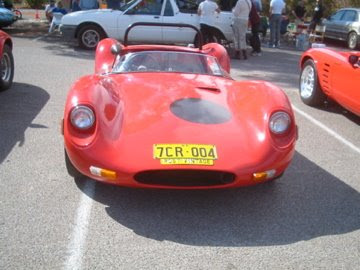 All the way from Perth, the ever-so reliable red Mk.4 of Barry and Chris Currie. 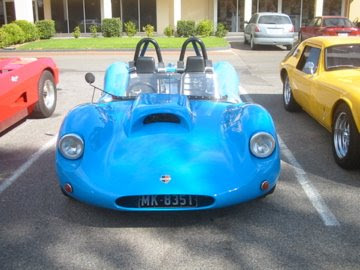 This is the striking blue example of Colin and Sharon Watson, the very deserving concours winner this year after about a 5 year build. 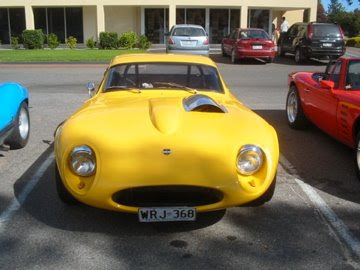 And here's Bill Davidson's yellow Mark 5 which certainly turned heads all over the Barossa. 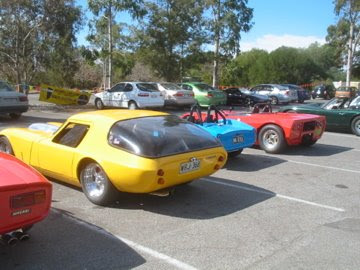 I must say that these blokes are not afraid to use these cars either after witnessing some amazing turns of speed on the Truro -Eudunda Road. 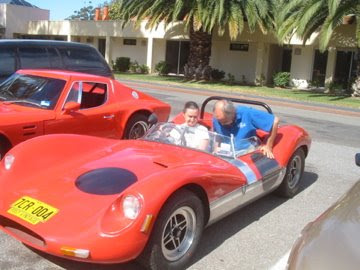 This is us trying the Mark 4 for size before committing to owning one. Now committed!
Posted by John L at 12:14 PM

Have a great picture of Bruce blasting past me on the Coorong Road taken through the windscren of the Mk 5.

Fiona (posts by her mum and dad) said...

When do I get to ride in it?
Louise

When are you next in Australia?

It is lovely to drive. I want one.