No I hadn't deliberately forgotten the Mark Sevens at the Easter weekend, I'm just taking my time. There were 6 in all, 1 from Victoria and 5 from SA. Here's 3 yellow ones. In the very early days of the Mark 7, they mostly seemed to have a citrus flavour (e.g. yellow, orange or lime), then red took over. Now the yellow ones are coming back. All of these photos were taken at Birdwood on the Easter Saturday. 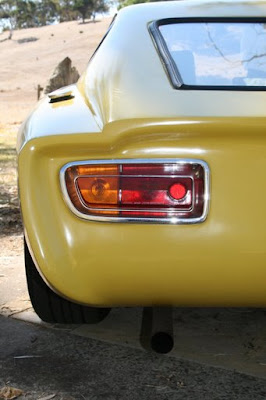 This first car is Jon Gutte's. He lives nearby in Lobethal. His front verandah is right on the street and makes the perfect grandstand on Lobethal Grand Prix weekends. The history of Jon's car has been highlighted in previous posts. 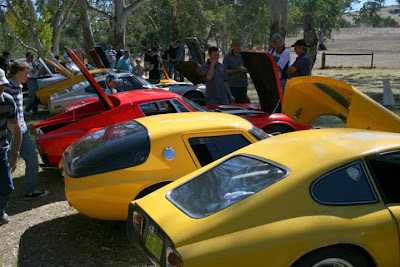 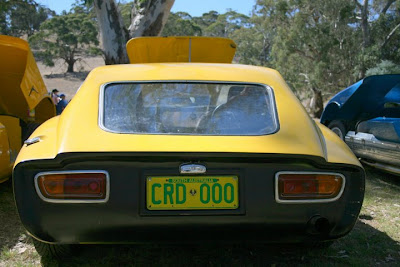 The above two photos are of Brian Deckert's Mark 7 which also has appeared in previous posts. 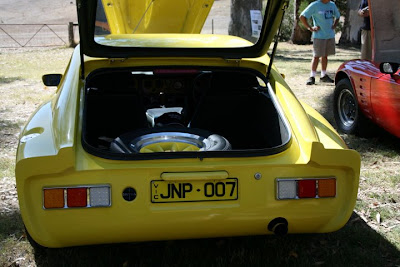 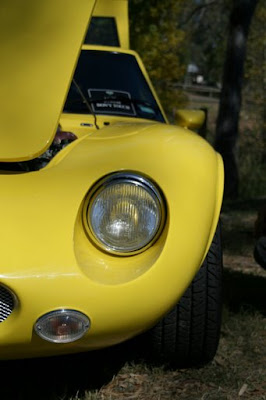 Finally here's the John and Penny Hartney Mark 7 which has also been mentioned in despatches. It's looking more like a Mark 7 these days. John is pretty fussy with it, wielding the chamois and polishing rag almost as much as Col and Wayne. This car, being the ex Peter and Debbie Marr one, can still be read about on the Peter and Debbie Marr website (see links). Debbie and Peter were at the Easter event but without the Nagari, opting for the comfort of the soft riding but hard driven 350Z.