Dads giving their sons a leg up in motorsport are by no means rare. The likes of Mike Drewer and Bob Tweedie making sacrifices to advance the careers of their respective sons is eclipsed by Nigel Mansell, he's got two sons in his team. The Beachdean Mansell Motorsport team are to run a factory-backed Ginetta-Zytek Z09R in the LMP1 class of the Le Mans Series this year. The drivers are to be Mansell's sons Leo and Greg with Nige joining them at Le Mans if they can gain an entry. Here's the orange Ginetta. You can't miss it when it's that colour. 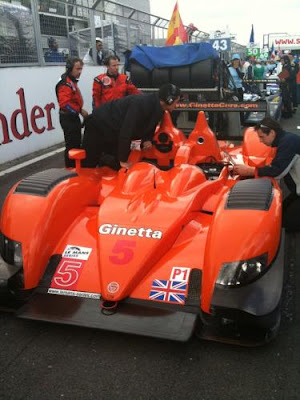 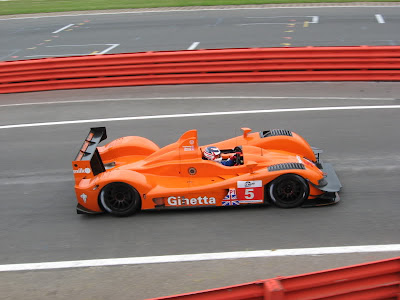 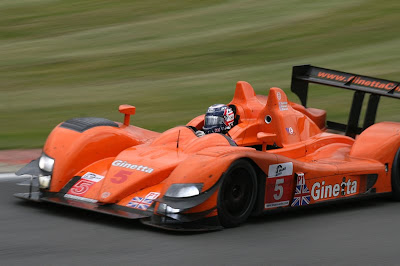 ....and here's Nigel and Greg at Silverstone last year when they had a one-off drive in the Ginetta. Leo and Greg have been gaining experience in 2009, Leo in the LMS and Greg in Formula Renault 3.5s (I think). 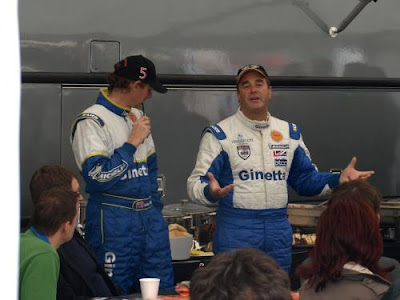 Back in 1985, the very first year of the Grand Prix in Adelaide, our company, which was involved in sports promotion, organised a luncheon and talk by Nigel Mansell at the Lion Hotel on the Friday before the big race. It was a sell-out and very successful and Nigel turned out to be a very funny man. This is him in the pits on that weekend. 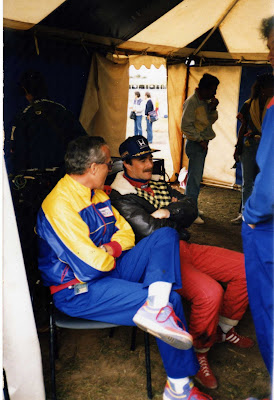 I can't remember if I took this photo or Allan Hanns. Scotcher Petroleum had the fuel contract so Allan had the job of dishing out the fuel to the F1 cars. You might remember that Allan drove John Scotcher's Group A sports car. Leah and I just had to swan around the pits like a couple of starry-eyed toffs, crossing the bridge to our seat in the stand opposite for the actual race, where the living daylights was scared out of us by that FA-18 that just appeared out of nowhere. It was all exciting and new to us after the dusty old conditions at the previous 5 AGPs at Calder.
Posted by John L at 2:50 PM