Well, not confusing really, because Nagari prices seem to be regularly in the sixties and seventies and rising, but Jason Weber in Queensland has posed a question. That's Jason and Vasanthi's smart looking sports below. 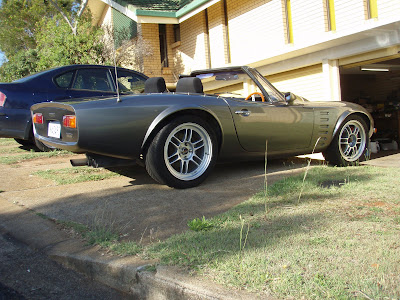 Jason's question, in a nutshell, is "where do Just Cars magazine get their figures for their value tables?" I haven't read it myself but apparently their quoted value for "the 85% concours Nagari, level 1" is $32,000. It's a long time since I've seen one for that price (decades in fact) and if one came up for a figure like that I'd have to look around for what I could mortgage and by the time I did that it would have gone anyway. Below are some examples of Nagaris that have sold in relatively recent times and all for well above $50,000 and some approaching the $80,000 mark. 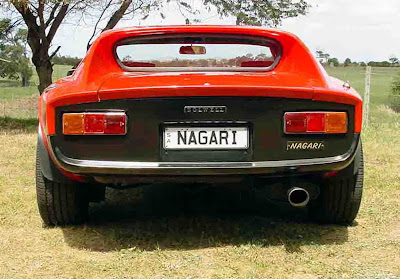 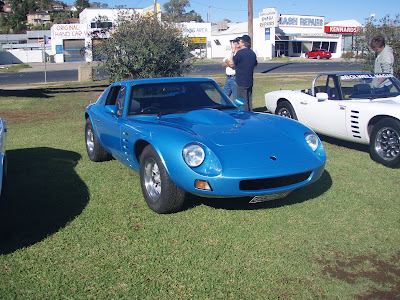 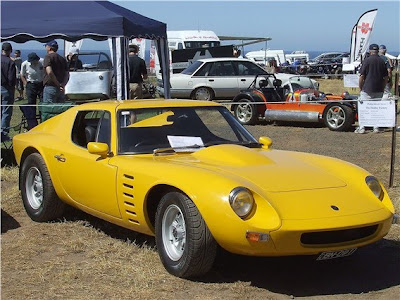 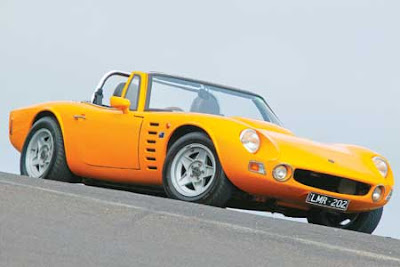 Conversely, Just Cars listed a 1965 Studebaker 'Lark' (not that there was ever such a car, it was a Cruiser) in concourse condition at $16,000 for many years...I doubt if one ever made half that much, and I sold my two in restorable condition for $1,000 - considerably lower than their predicted low. They're hardly an authority. Having said that, I jump at a $1,000 Cruiser just as fast as I could get a loan for a $30,000 Nagari!

I would too. I've had 2 of them. You used to be able to pick them up quite cheaply. I had grand plans to make a Group N car but they ended up being daily drivers.

Malcolm MacA. writes:-
"Prices in magazines are taken from Redbook which gets their information from declared value on transfer of title from State registration authorities. Looks like people are under stating prices to save on transfer fee."

I know for a fact that Unique Cars some years ago used the vehicles for sale on our club's web site as a price for their valuation guide section.

Quite so, but "Just Cars" obviously didn't.

I can't find anywhere where I said they did.