Stacey had an Aceca many years ago. Here's some old photos of it. 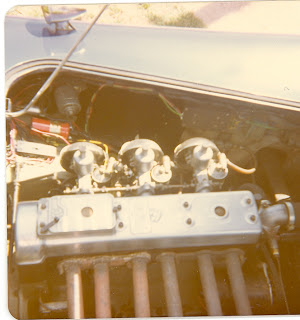 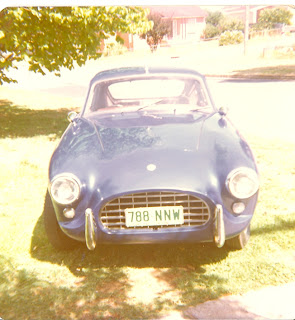 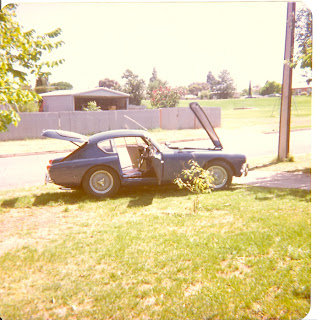 You can tell the photos were taken in SA.
Here's what Stacey had to say :-
"My '57 Aceca I had in the army , bought it in Melbourne in '80, then I restored it in Townsville, then drove it on the inland route to my then girlfriend's place in Adelaide (Campbelltown), sold it there as I was sent overseas. Got $6K. Good money then, but it sold later for $90K at a Melbourne auction (many years later)."
Posted by John L at 9:42 PM

The John Weller designed single OHC six was fitted to AC cars from 1921 to 1963 (over 40 years) including in the Tojiero designed AC Aces and Acecas in 2 litre form. They did however, fit 2 litre Bristol engines in the 50s and I have a feeling this one was a Bristol engine. Stacey can correct me on that. In the early 60s some of the ACs (not many) had 2.6 litre Zephyr engines as well.

The only reason that I thought Weller was the Bristol engined cars had down triple draught carbies. Agree that by 1957 the bristol motor was the motor of choice for AC buyers.

Checked out the AC Project website and the pics of the engine suggest that this is in fact a Weller six with heritage going back to 1919.