Sunday was a history day in Kapunda. It was the 40th anniversary of the museum. Hill Street was blocked off and the street filled with old cars, machinery, stationary engines, tractors etc. plus an organ grinder, penny farthings and of course the community shed's sausage sizzle which was very successful, raising enough to pay for the plumbing for the new dunny. The museum was open of course, as was the mine interpretive centre and the gallery and the institute was full with displays from various groups. There was also an art exhibition in the Kildea room. Here's a few pictures.......... 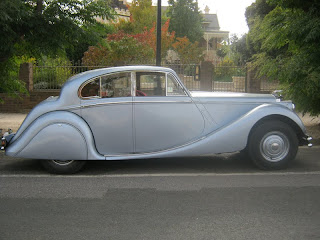 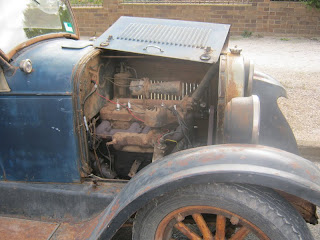 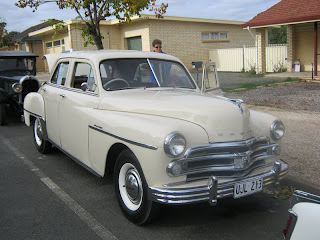 This Dodge is a beauty. 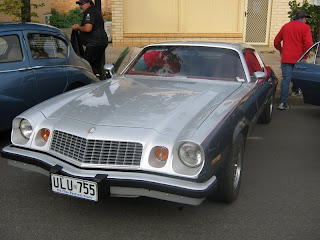 As is this Camaro. 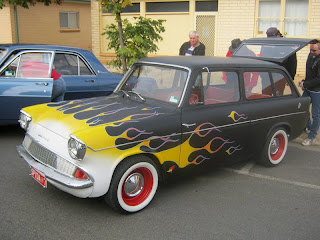 You've seen this Cortina powered Anglia wagon before but there's something else I wanted to point out about it. It's got suicide doors. Why? you may ask. Because he can I guess. 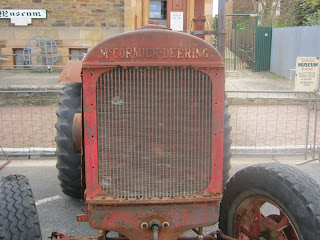 This McCormick-Deering was driven there, towing a stationary engine on wheels with metal tyres. 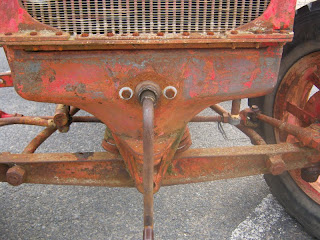 Check out the front end. 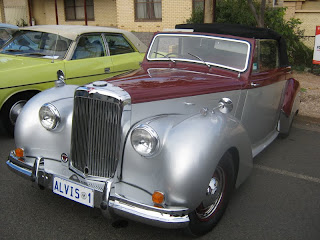 Ray and Jean drove the T Model over from Riverton but the photo won't load for some reason. I'll try again later.
Posted by John L at 9:16 PM

but that Alvis sure makes up for it!
Keep it up & thanks, John.

So weird to see a RHD Camaro!

not for Aussies, or Brits, Kiwis or Thais.