Peter and I had been discussing Dennis Burdon's supercharged Falcon 6 Mk.7 (which is not the mystery car) when he came up with this (the photos are from the Victorian club's album).


You're in luck John, Ron mentioned this one today, great to have access to these early photos, I particularly like the unusual front guards and lack of flare on the rear, also note the VW beetle indicators on the top of the guards, unique?
Ken Strattons Mk7 was Zephyr powered, which side was the inlet on those motors? 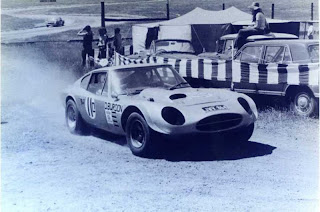 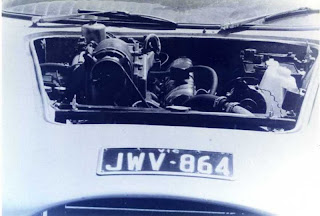 and in answer to the question about the Zephyr, no, the carbies were on the left. Here's a pic of the undressed Keith Rilstone, ex Eldred Norman Zephyr special. 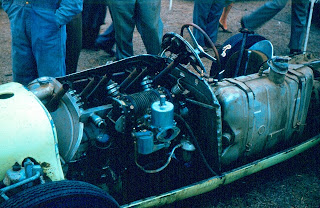 and a Zephyr special in New Zealand. 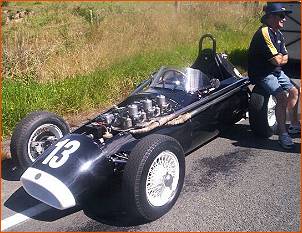 and regarding Ken's Mark 7, Bobby Gay had that same Zephyr engine in his Mark 7 too. Both those 7s are Holden powered now.
Posted by John L at 10:26 PM