With Stacey talking about his army days prompted me to think about former South Australian member, Andrew Nairn who was in the army and at Townsville about the same time. Stacey may know him. His Mark 7 must be the most travelled one outside Johnny Szabo's. It lived in South Australia, Queensland, Western Australia and Victoria that I know of. That's army life! Here's a couple of photos of it when the original builder, Ron McPherson, had it. 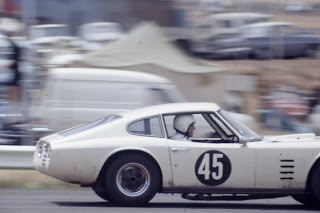 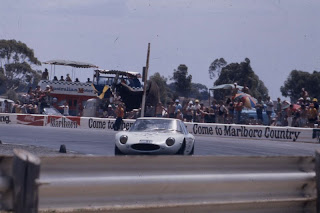 And then when Murray Willmott had it. 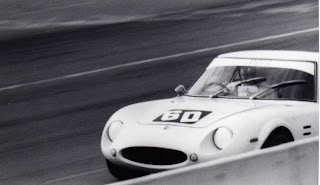 It's now back in Queensland in the hands of the Boase family in Mourilyan which is 8 km. South of Innisfail.
Posted by John L at 11:21 PM

John, I have a sneaking suspision that the 1st photo isn't RonMac, the car appears to have a narrow black stripe down the middle, and am I correct in detecting the rear window is being pushed down, maybe 7's don't need rear spoilers added!
PeterG

It doesn't look like Macca driving it either. The photo is one of Henry's.

Tony has tuned in :-
ohn have been reading the blog since you started its about the only thing i can do on these bloody computers with 3 kids at uni the bolly had to go on hold BUT this year is the year the running gear is finished and with the stearing gear cabletied in we drove her around the lawn like a gocart the supreme comander stoped this after her drive when the son and heir gets a chance will send afew photos . you may be interested in my project i am working on a 1hp drive unit that runs [hopefully] on fuel developed from the fermentation process with naturally obtained oxygen being forced into it will keep you informed if you are interested the car got through larry and yassi un marked not so the house and sheds any info about the bolly would be great all the best hope to be there next easter boasey