Just a few pics from the top of Mt. Alma

You could have been forgiven for thinking this was an Evo/WRX event, there were so many of them, especially the Evos, but that wasn't what we went to see (with all due respects). Fortunately there were others to catch the eye.
Barry Lord was back with the Ascort. It still looks the same and still goes just as hard. 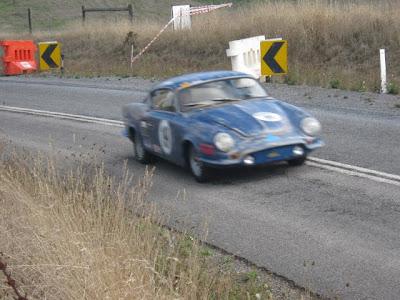 This is Richard Wright in the Elfin. Which Richard Wright you may well ask. Father and son share the same name and the same car. The same confusion occurred with them in our 6-hour team last year. Other clubman cars included a yellow early style Elfin and one of the old ASPs. 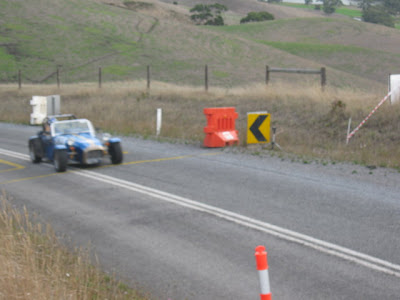 A nice pink LJ XU1. There were other Toranas of the L34 and A9X variety and the usual yellowXYGT. 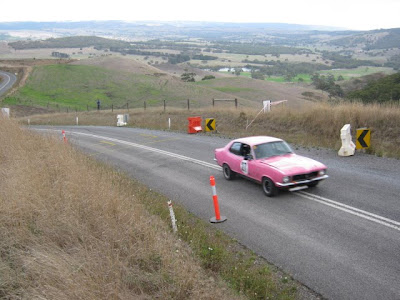 A yellow Elise crosses the line. 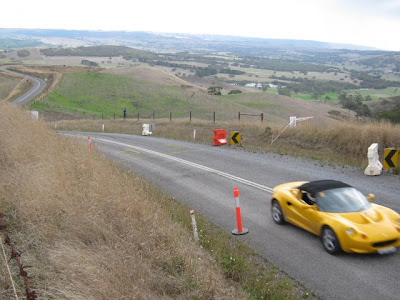 Chris Redin in the R100. Did every old friend of my vintage have a son called Chris? 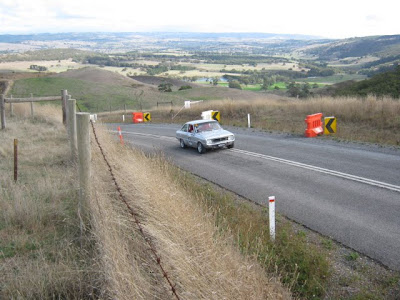