Still trying to clarify where B8/44 came from.

Ramon Lopez, now retired and able to indulge his passion for Classic sports-racing cars, was a Renault dealer in Madrid for over 40 years. His proficiency in fibreglass was well known in the motor racing community, having worked on and repaired such cars as Lancia Stratos and Porsches 908 and 917. Due to this reputation, the owner of the Nagari, whoever that may have been, delivered the car to Ramon, minus engine, gearbox and other running gear for body and/or chassis repairs presumably. Joe was not with the organisation at this stage so there was no English speaking person to call on and this was necessary to gain information about this largely unknown car. The car ended up in a dark corner as the owner never came back. That was 35 years ago apparently. 35 years takes us back to 1974 which makes a 1971 model car relatively new. I'm still only aware of one Nagari going to South Africa so it didn't take long for it to get to Spain. The one floating around England has to have been a different one. It is now the turn of the Bolwell to be restored.

Joe has sent some more photos. You have already seen the Bolwell body and chassis. Here's a few other interesting shots.
Picture 1 is Ramon disembarking from the Chevron. The men in yellow are his pit crew. 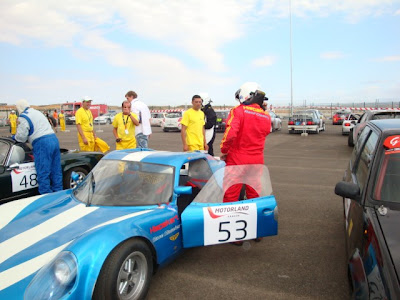 This is what the Chevron is up against. It is seen here on the grid behind a white Pantera. Had to throw that one in. 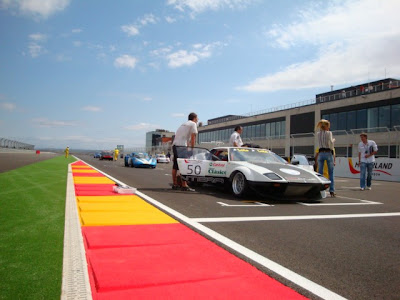 Picture 3 - The Porsches in the workshop. 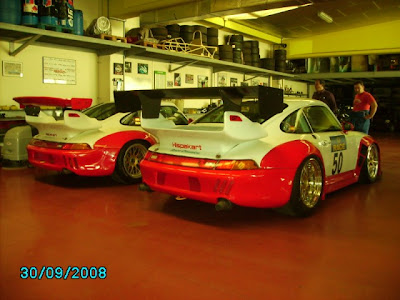 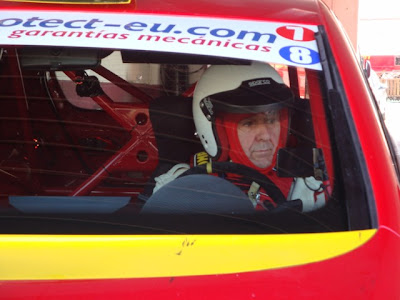 Picture 5 - A driver change in an endurance race. 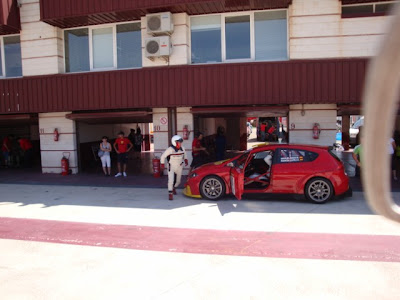