Some other hillclimb notables

What a great little car this early MR2 is. Doesn't go too bad either. Smeetsy picked it up for a song on ebay. It's got the supercharger, the mags, everything. If they're that cheap I wouldn't mind one for a road car. 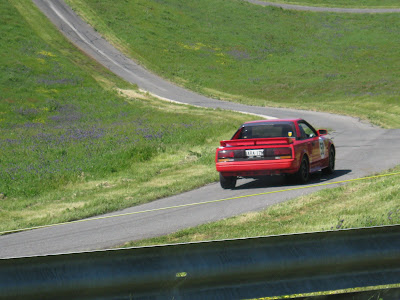 This MGBGTV8 (mid-mounted 4796cc V8) really flies. It was built years ago by Simon Aram. In one stage of its life it was owned by former Nagari owner and club member, Dave Maxwell. 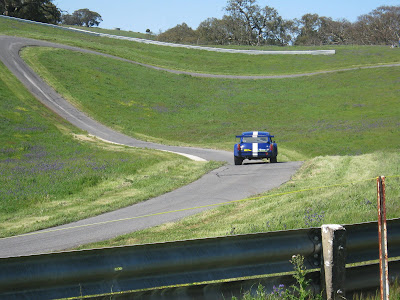 And here's the Milano. At one stage the course announcer referred to it as 'the Zephyr' which is fair enough I suppose but next time around he called it the 'Magnolia'. The only Magnolia I can remember was that lovely little Lotus Eleven type sports car that Gavin Sandford-Morgan built and named it Magnolia after reading the tag on his wife's bra. Or somebody's bra. 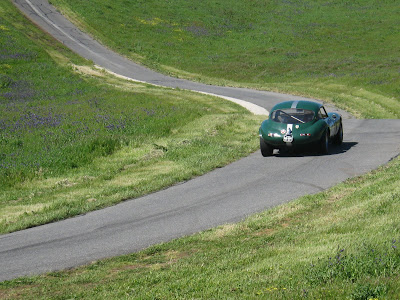 I can't believe how quick this Evo is of Doug Lehmann's. 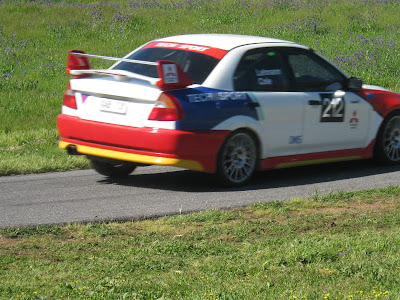 This is where the action was. There were 3 of these monsters, all red. There was the Shrike of Andrew Mitchell's, Tom Donovan's Pilbeam and Peter Gumley's Wortmeyer which broke the outright record. Bolwell club member, Allan Foster, with the Suzuki Special gave them a run for their money as did a few other hillclimb specials. 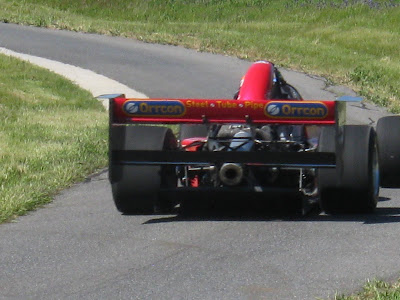 You know me - master of misinformation. I should have known better. Wrong MGB-V8. But it's very impressive nevertheless. Anyway, it took this letter from my friend Pete S to wake me up.
"The MGB GT that John Kemp runs was a 4 cylinder racer he bought as a roller and fitted the V8 - it is not the ex Cribb racer. The ex-Cribb, ex-Dave Maxwell car was indeed built by Simon Aram......it was space frame from firewall forward, so not eligible as a Marque sports car. It was a roadster with a JayBee style fibreglass roof that encompassed the boot.
Simon built another MGB GT V8 for marque sports - but it was completed by K&A. It has gone to Victoria...where it is still very competetive. It was very controversial at the time as Simon managed to lower the front end "within the rules".....but much lower than anyone else had ever done. Rob Peckett I think was the owner who commissioned Simon."
....to be continued. I have to go out for a while.

....."Simon was also building a very radical 240Z around then for someone. These cars were all developed as a result of the very quick MG Midget Simon built... which had Biranna front suspension, space frame front, 200B Datsun motor and Cortina diff.
He also of course conceived and built Tom Hutchinson's TR8. Again a very controversial car originally as it had been converted to independent rear suspension. Tom bought a Rover SD1 Group A racer to use all the mechanicals....including the diff. which on the Rover was independent I guess."

Hello John; Stumbled across your blog just today 15/6/13 - you've made note of the Aram MGBV8; any other details / anecdotes you are able to enlighten about this car and previous owners - Best Regards GV