V8 Specials in America and Australia

In a previous post I mentioned the Monsterati and promised a picture. Here it is courtesy of conceptcarz.com. It came in the later 50s, '57 or '58, a bit later than the first Manning Specials. It handled well and apparently successfully challenged the Ferraris, Maseratis, Mercedes and Shelbys of the time. I've been told that the "Old Yella" cars that Colin mentioned were beating Testa Rossas in America. This is the Monsterati after its restoration at the Monterey Historics. 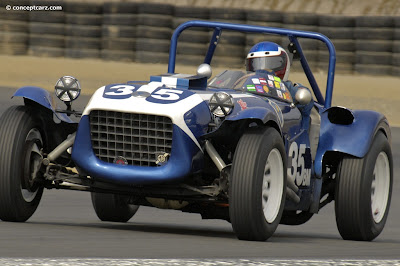 Here's another American special with a decidedly Australian name. It's the Echidna. I wonder if there is an Aussie connection. 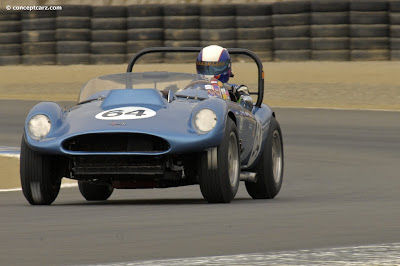 The following 3 cars are all Ford V8 specials in Australia and all were competing in the Cootha Classic as John Davies mentioned the other day. They are different to the American V8 specials we have been discussing because they represent a different era. e.g. pre-war as opposed to post-war. 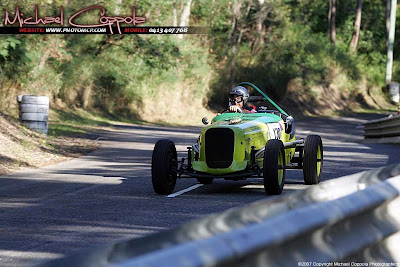 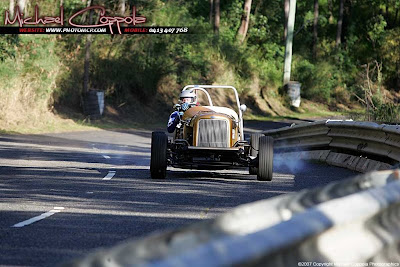 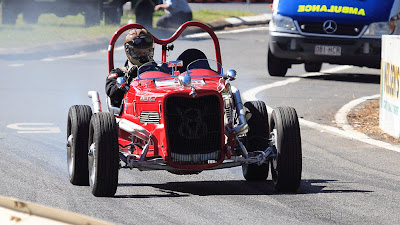 These pictures are from the Mike Coppola collection and I'll tell you a bit about Michael tomorrow and post a link to his gallery which is really worth a look, especially his motorsport photos.

The name Echidna names a long nosed anteater. Ed Grierson's wife, he was one of the three guys behind the Echidnas, was a crossword puzzle fan and se suggested the name.
By the way, as many other US specials the Echidnas campaigned Devin fiberglass bodies and had Chevrolet 283 ci engines (or bigger). A lot of the parts used were coming from Corvettes and other Chevys. The cars were built around 1958-1959 and were quite competitive.