This is the inaugural hillclimb at Mt. Coot-tha and is called the Cootha Classic (don't ask me about the spelling, I'm only a croweater although I haven't eaten much crow lately). This is not to be confused with the other UQ hillclimb on the same road which is an event for pushbikes. There was a hillclimb there for a few years after WW1 and the records show that the likes of Boyd Edkins and Wizard Smith with their famous Vauxhall and Essex record-breakers respectively were the ones to beat. However Mount Coot-Tha was called One Tree Hill then. Mt. Coot-Tha is a national park very close to Brisbane and when you get to the top you can look out over the Brisbane skyscrapers not far away - a bit like Windy Point or Mt. Lofty. There was a fabulous entry for this event run by the HRCC(Qld.) and here are some significant ones. There were actually 3 Bolwells entered but the yellow one was "no appearance your honour". This was the V8 Mk.7 of Peter Kordic. He had run the car at the Mt. Cotton venue a week or two earlier but there were problems with the suspension being set too low so maybe the adjustments hadn't been made.
If you Google Mt. Coot-tha you'll find lots of Flickr albums and magazine reports but Mike Coppola lets me use his pictures. You'll notice a link to his gallery on the right. If you want to buy any of his photos, I can't believe how inexpensive they are, starting at about $3.00. Michael is an ex-pat South Aussie and MX5 Club/MSCA member. I know Peter Hall has shown him where to to get all the best shots at Mallala.
Anyway, here's Jim Fogerty in his smart looking Mark 7. This was before he tangled with the barrier. Fortunately John Davies had a nice big roll of red racetape left over from taping his headlights so Jim was able to get another run although I believe he's up for a new nose now. Those vents behind the rear quarter windows look interesting. Click and enlarge. 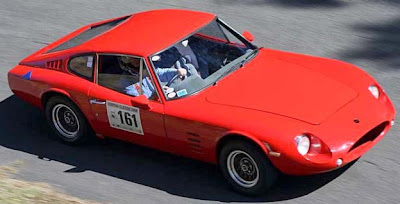 Here's John in good old B8/26 getting another outing. 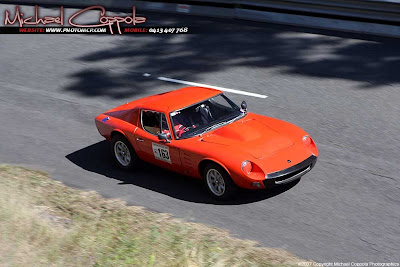 This is the Hinton Milano GT. Look at the power bulge. This might be the one with the Chev V8 in it maybe. I heard there's 3 JWFs in the Hinton family. 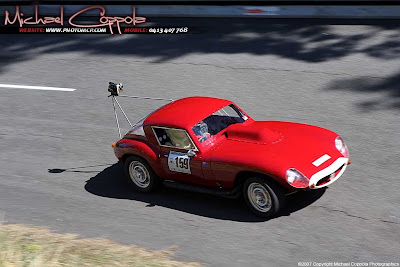 For Gordon Cowley's benefit here's the Rochdale Olympic owned by the editor/publisher of RACE magazine (a good read). There's some Youtube footage of this car in the video bar. 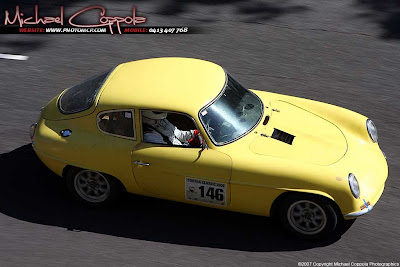 And I had to show you this - the Suzuki Might Boy. I was looking around for a Mighty Boy to make an electric car but this looks like more fun. It would need a decent cage in it though, I hear they were made out of jam tins. In their day they were deemed to be the most unsafe car on Australian roads. 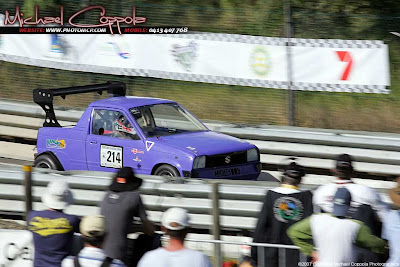