Following the previous post, Peter sent me this photo of his completed car. The suspension problems were sorted prior to to the Cootha Classic. However, a bearing went in the diff and wasn't able to be replaced in time. "Believe it or not the diff was the only thing I did not completely rebuild as we did the car. Murphy's law I guess. Still sorting through a lot of minor bugs though."
I think the finished car looks magnificent don't you? The revised roof line is evident but also looks good. 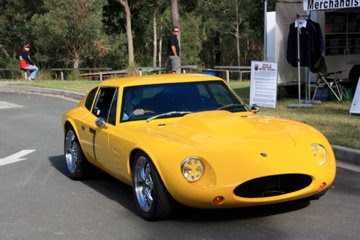 Below is a photo of the same car taken before Peter bought it. It was taken by a Queensland dairy farmer, "Elgindale", a Flickr friend who posted it for a while in the "Australian Specials" group. "Elgindale" and I seem to share an interest in windmills, Chamberlain tractors and old International trucks among other things. He's heavily into Peugeots. He took the Bolwell photo at a field day. The Prolube sticker and the number plate leaves no doubt who the owner was at the time. 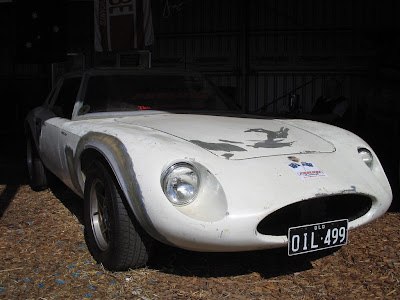 For further clues, if you need them, are evident in this little display that accompanied the car. 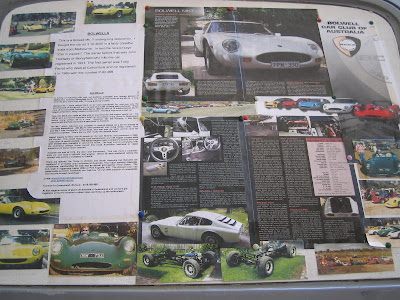 How was the roof changed

It was raised to provide more room inside.

John,
The first 'photo was taken in the pits at Mt Cotton hillclimb on the HRCC day on 3rd May 2009.
Regards
John Davies

I had a thourough inspection of Peter's MK7 the other day, he even allowed me to have a sit in the freshly built car... he has done a great job, and it is great to see it finished so well, it has given me even more motivation with my build, well done Peter!... M.Jenkins

How IS the car going Matt? Haven't had an update for a while.