A while back, when BD's MK.7 appeared in some group photos, Pete G said it would be good to see a profile shot of the car. I didn't have one but was able to take a couple yesterday. We had an impromptu fundraising BBQ at the Autobarn on Sir Donald Bradman Drive. In the first photo, the height of the rear is noticeable against the tail of Roger's soft-top. 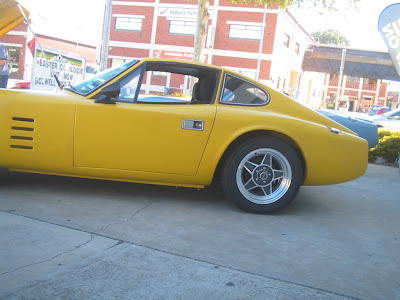 It looks pretty racey in this shot with its flat bonnet etc. It is powered by an XU1, complete with triple Strombergs, which is mounted fairly low in the chassis and set well back. 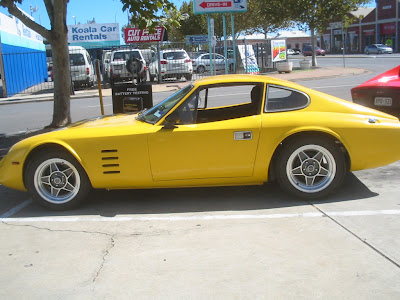 Thanks John, it certainly has a different profile.

It would be great to see pics of the front.... is it just the angle, or is the bonnet very low...MJ.