BRAT by any other name a BRUMBY.

Around our way at least, there's still a number of Brumbies, including a targa roofed example. Over in the US they're called Brats. Here's a couple of examples. 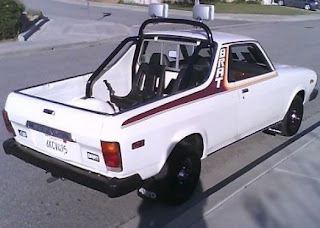 The jump seats, including seat belts , in the back, were a popular option over there. Not even a consideration here. There would have been legal reasons for that. 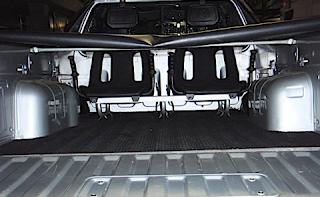 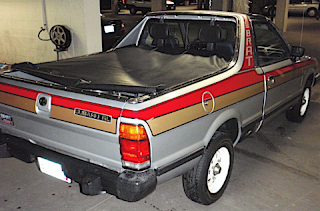 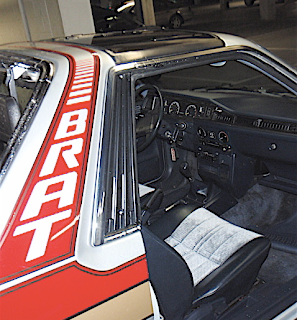 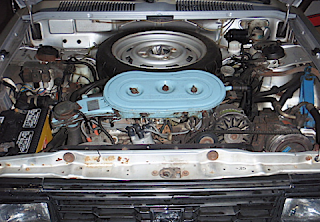 I don't think the jump seats were an option. They were fitted to make it a four seater and thus avoid a huge tax on imported trucks that was introduced during a trade war. With the seats fitted it was legally classed as a sedan.

We went the other way, taking back seats out of Daihatsus and calling them Handivans because we hadn't gotten around to design rules on commercial vehicles. Then again they squeezed back seats into the RX7 because Allan Moffat saw the potential of the rotary in Touring Cars. American buyers of the Brat who needed to use the ute as a ute took the jump seats out and these days the surviving Brats don't necessarily have them.