I'd forgotten about the Bin Laden connection until Tamerlane posted this photo with a comment along the line of Alan Jones possibly being sponsored by a terrorist. 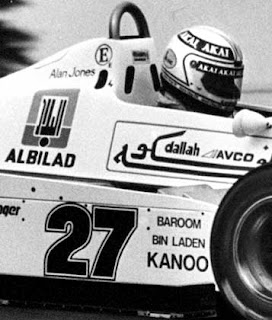 It was probably the Bin Laden family and not necessarily Osama who was most likely off somewhere saving the world at the time anyway. They were making so much money in their construction business they had to spend it helping Alan to a world championship.
Here's a model of Clay's FW07, complete with the Bin Laden logo. 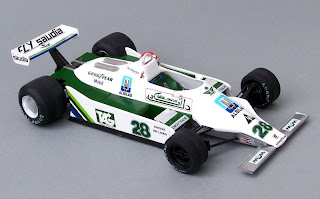 and Alan in action. 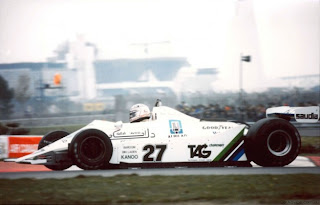 Here's a modeller's patch of stickers (decals) including the Bin Laden ones.

But here's another set without. 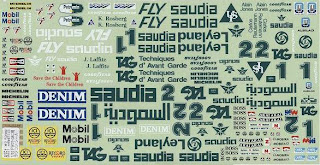 Here's a recently restored FW07 without the logos (and topless), but was there a period without the Bin Laden connection? 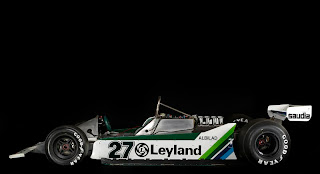 Probably, this was the Leyland time.
This is the FW07 owned and restored in Melbourne, at Docklands. 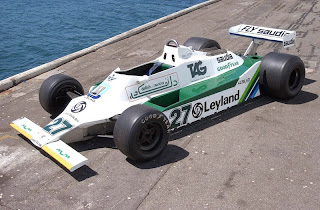 and at the Phillip Island Classic. 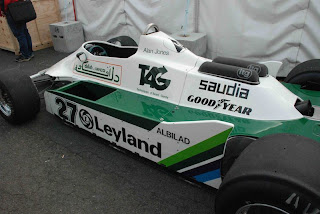 I'm confused a bit. I thought when that car came to Perth it had a different livery to this. Maybe I'm wrong. And maybe the 1979 and 1980 sponsorships were different.

The first decal set is for the 1979 FW07 and is also very nearly correct for the 1980 FW07B.
The second set is for the 1981 FW07C as is evidenced by the presence of the coveted number 1.
Bin Laden is actually a common family name in Saudi Arabia.
Any suggestion of a link between the reviled terrorist and AJ is tasteless in the extreme.

The 1980 FW07B did carry Leyland sponsorship in the latter part of the year.