Last week we had to go over to Middle Beach. 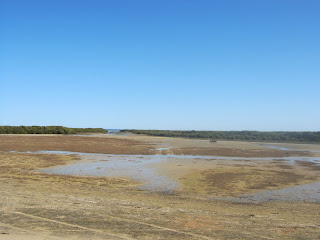 This is Middle Beach with the tide out. See the gap in the mangroves? There's another nice sandy beach out there. For the right price, I wouldn't mind a shack at Middle Beach although it's just as well I'm an old bugger. It'd probably be OK in my lifetime but in my young grandson's life it's likely the shacks will be gobbled up by the rising sea level.

Anyway, as many recall, Brooksfield Dragway was on Middle Beach Road and I've been told that there is the remains of a viewing stand still visible down there. I looked and I looked but I couldn't see anything. Brooksfield opened in 1965. The Highways Department laid down two parallel strips of experimental bitumen alongside the road, giving South Australia its first two lane dragstrip. There were already one car at a time sprint meetings at WRE and Gawler Belt.  I guess Highways weren't to know you needed a run off area at the end of the strip so they didn't provide one which made braking a bit hairy.  Brooksfield closed in 1969 when everybody moved on to the more sophisticated AIR. The dragstrip was dug up and the area reverted to pasture again which was the agreement made with the land owner. Thanks to Outlaw Speed Shop's archives here's a few pictures from back then. Just goes to show how long Outlaw have been going, they certainly have outlived Aunger's and Indianapolis. 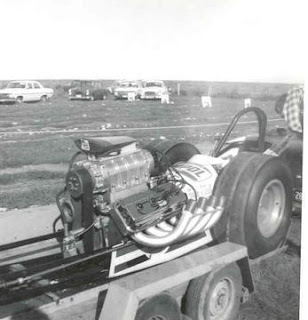 Brian Hutcheson's altered. There were heaps of those Topolino bodied altereds. Even Colin Lucas ran one. 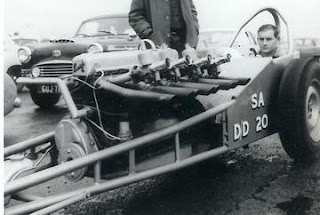 Jeff During's Buick straight 8 dragster. Jeff's still around. He runs a 260Z at the Supersprints at Mallala. 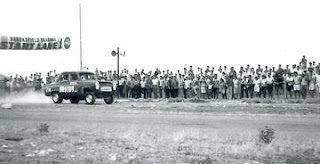 Remember Brutus the 100E with the supercharged slant 6 Valiant? 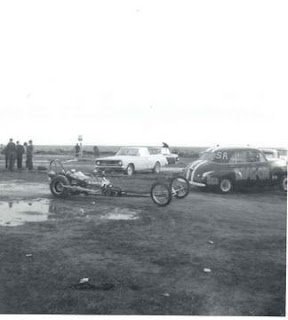 Dragster with side valve Ford V8. 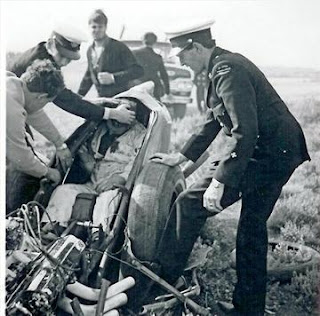 The Dave Gale crash. He survived.
I have a few photos of my own but they're colour slides. I'll get around to transferring them one day.
Posted by John L at 9:32 PM

That's cool! Thanks for that info, was just reading an article in the new street machine Mag about old drag ways, never heard of this one.