Accompanying the old motorbikes on their run through our area a few weeks back was this little beauty. 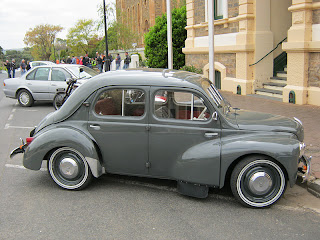 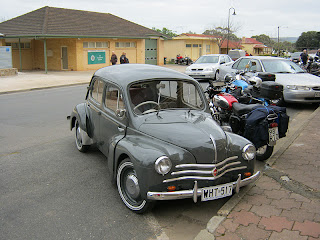 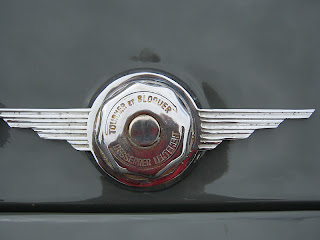 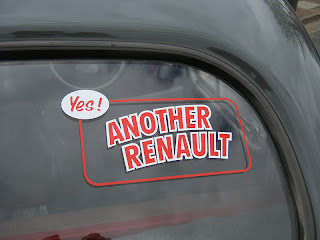 I expected to see it again the following Sunday on the Bay to Birdwood but it wasn't there (I don't think). There was at least a couple of others complete with the obviously mandatory "Yes! Another Renault" stickers.
I've never owned one but I still think they are among the best "baby" cars. I might not fit into one now, I'm not all that flexible. When we were kids a couple of guys had them as alternatives to the Morris 8s, FJs and Customlines and with a bit of tweaking they were regular little buzz boxes. They were always called Renault 750s in my recollection. I also recall at least one that was pretty fast around Lanac Park and at Collingrove. Even today, Bolwell Mark 7 owner Brian D has one that does incredible things. I have a feeling it's Gordini powered.
It looks like these 4CV owners have lots of fun on their Easters too. 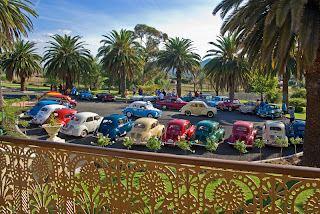 John,
In the 1960s a friend of mine here in Brisbane had a 750 with front and rear fabricated wishbone suspension, from memory an 1100cc motor, and I think front disc brakes. It used to surprise all of the hot Holdens, Cortinas and Minis.
Cheers
John D

dear john great to see 4 cv,s on the blog mine has a 16ts engine and 4 wheel disc brakes,just getting a coat of paint at the moment,Brian D.