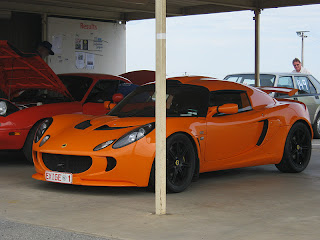 A quick little Exige about to be scruted. 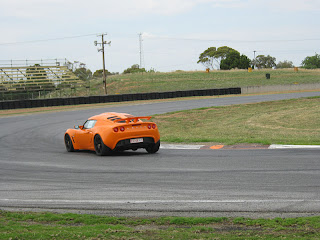 Later, out on the track. 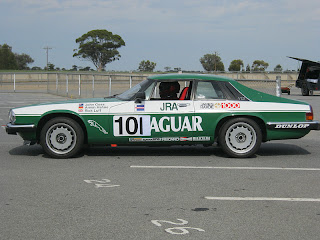 A somewhat problematic XJ12. It sounded nice at times. 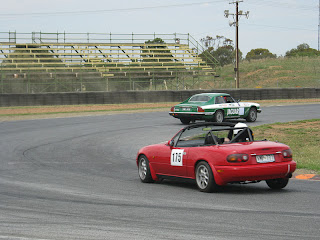 Mixing it with one of the hordes of MX5s. 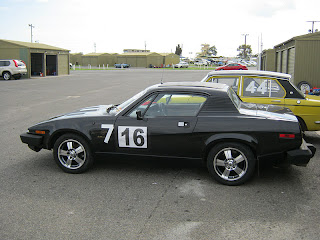 A great looking TR8 from Queensland. There was also a TR4 from WA competing. The Triumph Nationals in SA finished the day before. As recently as Tuesday night some red TRs were still hovering around the Vine Inn at Nuri. 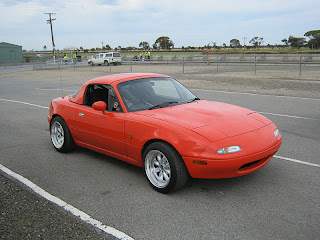 This is a very pretty little MX5 in my opinion. At times it was referred to as a mobile chicane. You've gotta start somewhere guys. 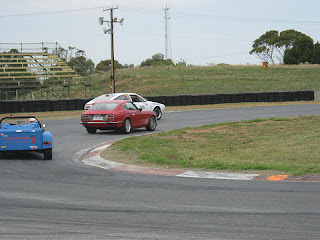 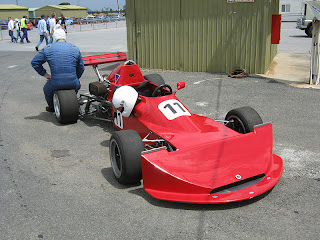 This Elfin 700 got some private practice during the lunch break.
Posted by John L at 6:31 PM