This is a Clan Crusader. 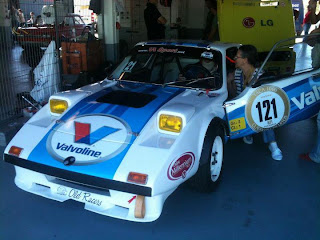 They were built in England and run Hillman Imp mechanicals. Later, I think under new ownership, the operation was moved to Belfast where a further 140 examples were produced.
This one is raced in the under 1000cc class in the Portuguese Classic Cup by Ricardo's friend Veloso Amaral, a first year competitor. 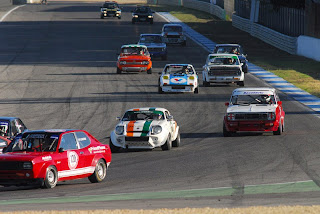 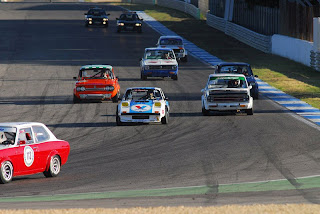 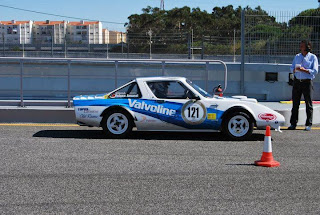 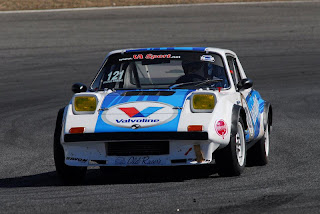 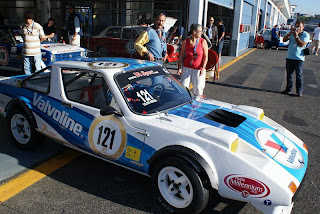 The headlights above the body line is interesting. It reminds me of the Ikara. The Ikara's lights were mounted high to cover the design rule relating to minimum height above the ground. I presume these headlights are covering the same issue.
Later Crusaders had pop-ups - that fixed it.

While still on racing in Portugal, how's this for a race driver school? A fleet of Clubbies. 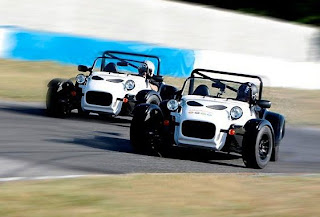 The clubbies are Donkervoorts according to Smeetsie. He can tell by the bonnet vents. He should know, he owns one.

dear,
friend
No one learns the basics by themselves. Driving Schools exist to build up a strong foundation in driving and help us to drive safely, avoiding all circumstances which might endanger lives-ours or others.
see more at :
Driving school in New South Wales