At the Classic GT race at Paul Ricard on the weekend, there was an ISO Grifo A3C and a Bizzarrini 5300 GT entered. It's hard to tell which is which. This is the ISO. 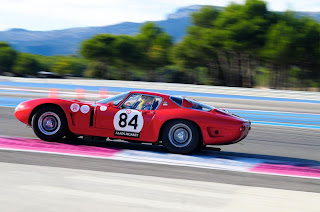 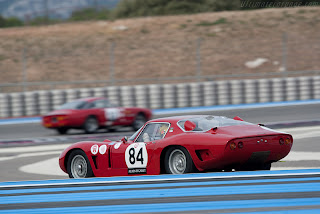 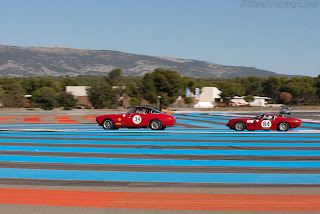 This is the Bizzarrini. 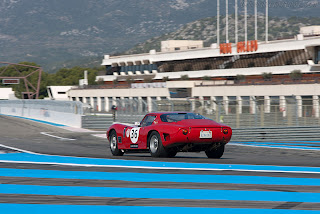 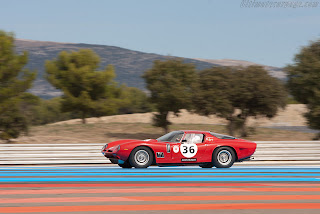 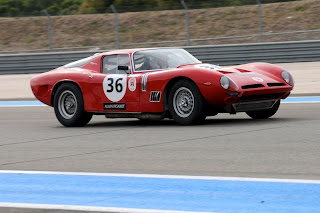 Giotto Bizzarini worked at Ferrari and in the early 60s when Enzo had the huge dummy spit and sacked all of the top designers and engineers. He then went to ISO and in 1964 he developed the ISO Grifo A3C and 2 other models. 29 A3Cs were built and later that year he left and founded his own company and went on to produce 140 more cars up to 1969. In 1966 he released a stunning street legal Grifo A3C as the Bizzarrini 5300 GT Strada.
I couldn't let this event go by without showing you the other great car with the American lump of iron (albeit Ford not Chev). 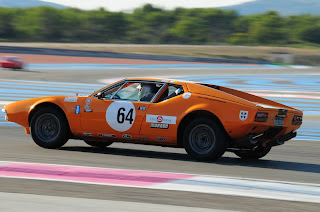 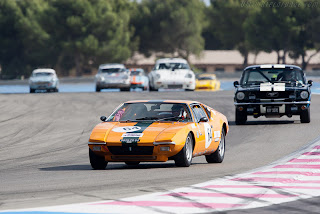 Panteras and Muiras aside, the Bizzarrini is getting very close to my all time favourite Italian motor car.
Also this week this Bizzarrini which has been tucked away in this shed for 30 years has bobbed up for sale. 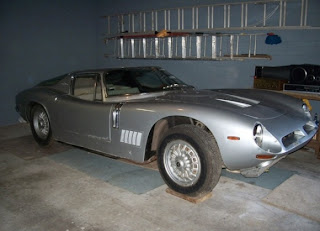