This Bond Equipe is currently for sale on eBay, not in this country. 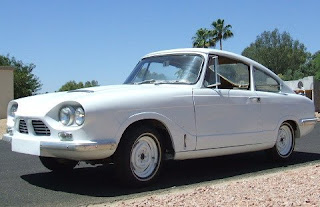 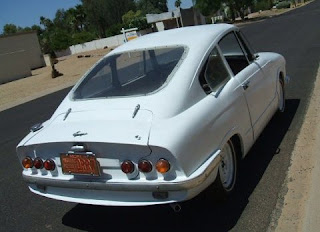 If you are thinking it has a familiar look about it, it's to do with its donor car, the Triumph Herald because not only do they use the Herald chassis and running gear, but also the scuttle, windscreen, doors and sills.
This is from an advertisement for a 1965 model. 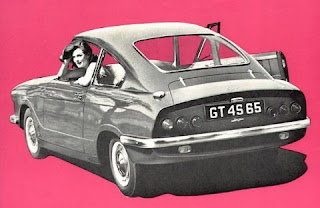 This is an earlier one. The front looks like a Turner don't you think? 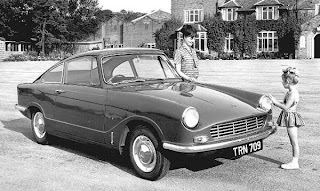 I wonder if there is any connection.
Really, they had come a long way from their first effort, the Bond Minicar. 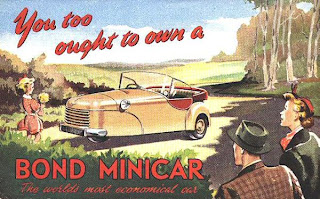 Still, they sold nearly 27,000 of those which is not insignificant.
Just by coincidence, Duane has launched his blog on the restoration of his 1967 Bond Equipe (see links). It should be a good read as it's a major job. It was in the Port Wakefield wrecking yard and had had a major whack up the Khyber Pass. The back was almost nonexistent. Norm has had a hand in the reshaping of the rear bodywork I think. Duane's car is a six cylinder example. I have a feeling that's pretty rare.
Posted by John L at 6:47 PM

Yes, Norm is in the process of helping me weave some fibreglass magic on what's left of the rear, hoping to have a fair amount done by Easter. I'll cover it (plus the lead up) in my blog.

Thanks for the link John, hope it's of some interest!