In Simon's words....
Inching closer! At least it's looking like a racing car and that's half the battle! 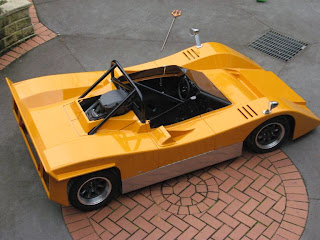 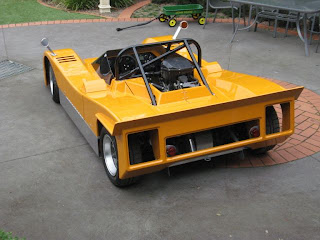 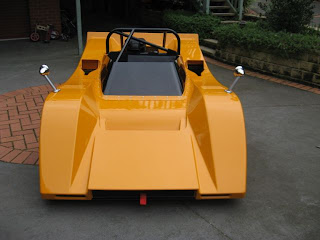 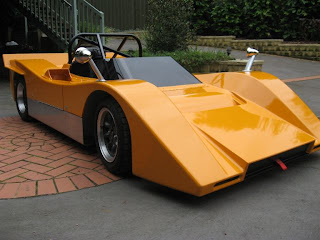 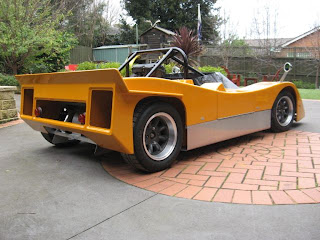 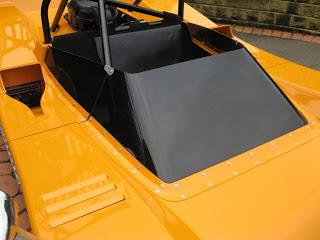 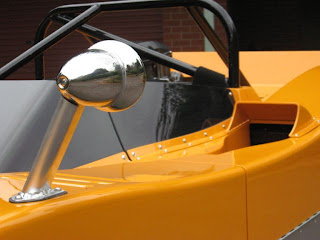 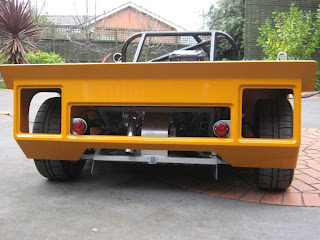 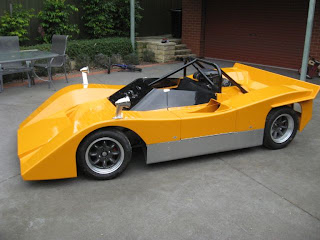 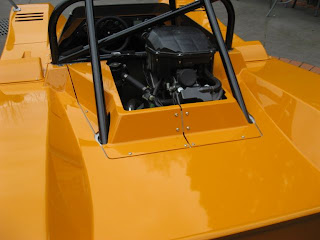 The body work has now been refitted after being painted.
Quite frankly I am ecstatic with the result.
The repairs and modifications have virtually disappeared and the quality of the paint work is better than I hoped for in a race car.
Most of the reassembly was straightforward. The front and rear body sections fell into place easily as did the doors and the engine panels.
The biggest issue was always going to be the windscreen.
I had decided to refit the windscreen temporarily using clecoes to hold it together while a silicon bond was made. I spread plenty of silicon onto the windscreen bracket and clecoed it to the screen. I then fitted the whole assemble to the car body with more clecoes, and plenty of masking tape to prevent a black silicon mess from going all over the newly painted bodywork.
For the first time since I have owned these fantastic tools, all of my clecoes are now back in the box!
The aim at this stage was to get a decent flexible seal between the screen and the bracket as well as holding the whole assembly in place as the silicon cured.
Once the silicon had cured I had intended the pop rivet the screen to the bracket. The first rivet I tried felt painfully difficult to snap, despite having washers on each side, so I decided that there was no way I could risk 30 odd pop rivets without damaging the screen , so I bolted it all together with dome head stainless cap screws.
The whole assembly is then bolted to the bodywork, along with the side scoops and rear engine cover, which also feature matching ss dome head screws.
The mirrors have also been fitted to their stands and to the body, and even when stationary provide a pitiful view out the back!
I guess Bruce Mclaren rarely had to worry who was behind him.
Painted, the whole thing is really falling into place, I think that for the first time there is now light at the end of the tunnel, no longer is it just the Southern Aurora coming the other way!
I’m waiting on a couple of stickers, so the next update will show the car in all it’s livery (and glory).
Regards
Simon
Posted by John L at 2:47 PM

Going ahead in leaps and bounds. I wish my projects were like that. I'm doing something wrong. One step forward, two back.

wow so amazing great work. Hats off to you...Modifying or repairing a car is not an easy work... You ahve done a great job....