More photos from Phil at The Climb to the Eagle

A couple of cars that caught Phil's eye (and no wonder).
Firstly, the Toyota 2000GT. 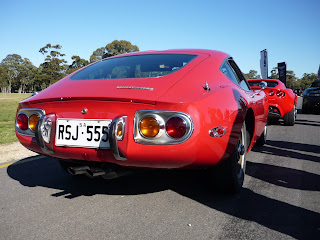 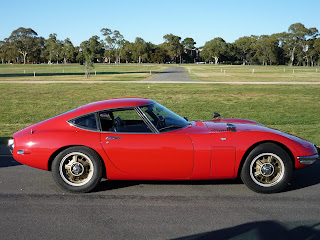 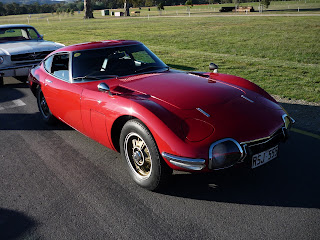 Aren't they beautiful? And so rare around here these days. The green Clisby one has gone to Japan, the red one Garrie Hisco had went overseas for lots of money, to Japan as well I think, and I haven't seen the white one for donkeys years.
Talking about white ones, heres a shot of one at the 2010 Nippon Rally which took place at roughly the same time. 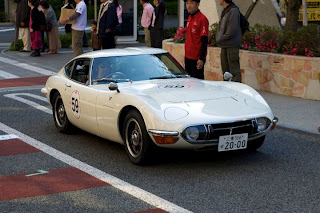 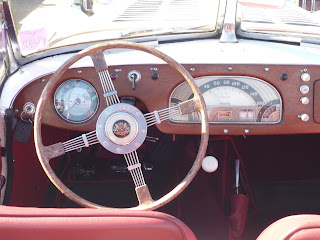 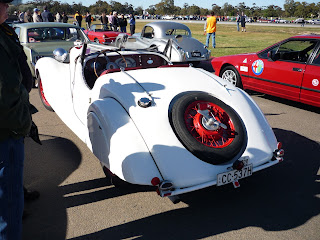 Bo and Inge brought this very rare car with them when they came here from Sweden. I say rare because they only made two of these for racing. The other one went to Norway. It is a 6-cylinder 1.7 litre with triple Solex carbies and a four speed gearbox. It's LHD which must have been handy when Sweden switched to driving on the right hand side of the road in 1967.  Bo and Inge are fellow members of the Borgward club, Hansa being part of the Borgward group along with Borgward, Lloyd and Goliath.

They are certainly very elegant cars as is this smaller 1937 Hansa 1100 coupe.

Was Garrie Hisco the chap from Belair who used to keep an E Type Jaguar in his living room? Was a motor dealer of sorts and had a brand new TR 6 still in new condition in the 1980's. he lived very close to the National Park. I met him initially in the late 1970's when he tried to swap a duo tone green Jag Mk 9 for one of my classics I had for sale. As he is of your vintage and played with similar cars in the same region (South Eastern Adelaide) I felt you would know him well.

I wasn't aware that any of the E-types had made it into the loungeroom but have seen Mel McEwin's Elfin F2 in a glass case at the top of the stairs.