An E-Type that I used to really like was that one of Ross Donnelly's. Here it is mixing it with Big Pete and Rusty. 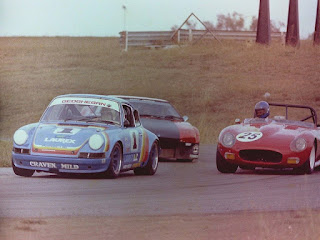 Ross eventually moved on to this Nagari sports where he was able to do battle with another Ross. 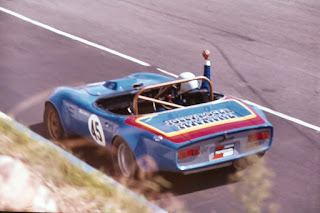 The Jag came down here then, to Fatty, oops, Michael Finnis. 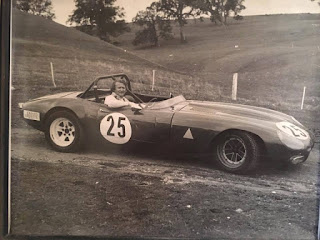 Here's Mike giving Barry Main a bit of a hurry up at AIR. 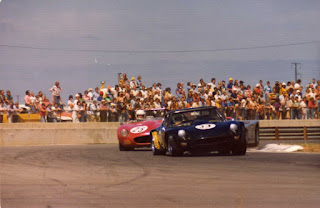 Mike later stepped up to the John Latham Kodak Porsche and the Jag was sold, eventually becoming a fast road car. 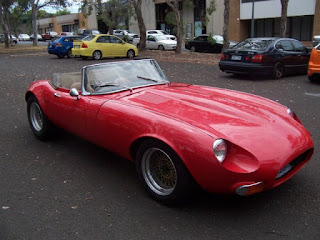 Last year it was advertised on eBay in rough but roadworthy condition for $180,000.00 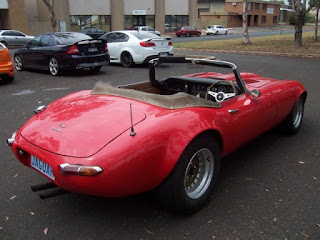 I thought to myself "Tell him he's joking" but then I looked at what other E-Types are selling for and decided it wasn't too badly priced after all. E-Type owners are sitting in gold mines. 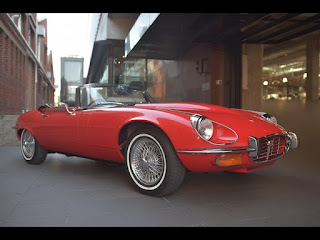 Is that a Lightweight?
I saw an E Type lightweight for sale in North Sydney last week for $600,000.

No, not a factory lightweight. There aren't too many of those around.