Review of car rego rules means more classic cars can be registered under the $90, 90-day category 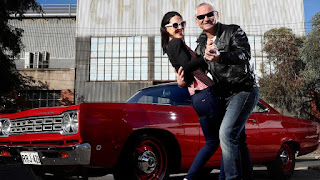 
THOUSANDS of classic cars are expected to hit the streets in response to a major overhaul of the vehicle registration scheme.
The State Government will reduce red tape and open up the 90-day conditional registration to many more classic car owners.
Historic cars currently cannot be registered under the popular $90 for 90 days a year registration scheme if they are modified from their original design, such as replacing drum brakes with disc brakes or installing a CD player.
From July 1, however, changes to the conditional registration scheme will allow such improvements of the ride, handling and safety of classic cars and remove requirements for motoring clubs to undertake vehicle inspections.
Transport Minister Stephen Mullighan said many classic cars which didn’t qualify for conditional registration were sitting idle in sheds because their owners didn’t want to pay hundreds of dollars for full registration.
“These commonsense changes mean that car enthusiasts can make modifications to their vehicles, such as cosmetic and safety improvements, without forcing them off the road and into the garage,’’ Mr Mullighan said.
“Thousands of previously unused vehicles are also now expected to join the scheme, which will also support tourism events such as car runs, shows and concourse displays.’’
Street Machine Association of SA spokesman Glenn Stankevicius said the registration changes were “exciting’’.
He said the changes will have a “flow on’’ effect to automotive businesses such as panel beaters, painters and motor trimmers as owners prepare their cars to get back on the road.
Classic car collector Dino Pietrobon said the relaxed regulations would allow him to modify his 1968 Chrysler Plymouth Road Runner, for which he paid $100,000 five months ago.
“And I’d still be able to qualify for conditional registration,’’ he said.
Despite the changes, vehicles with major modifications such as engine upgrades will still be required to undergo safety inspections and obtain relevant approvals to gain registration.
The Advertiser.
Posted by John L at 11:35 AM